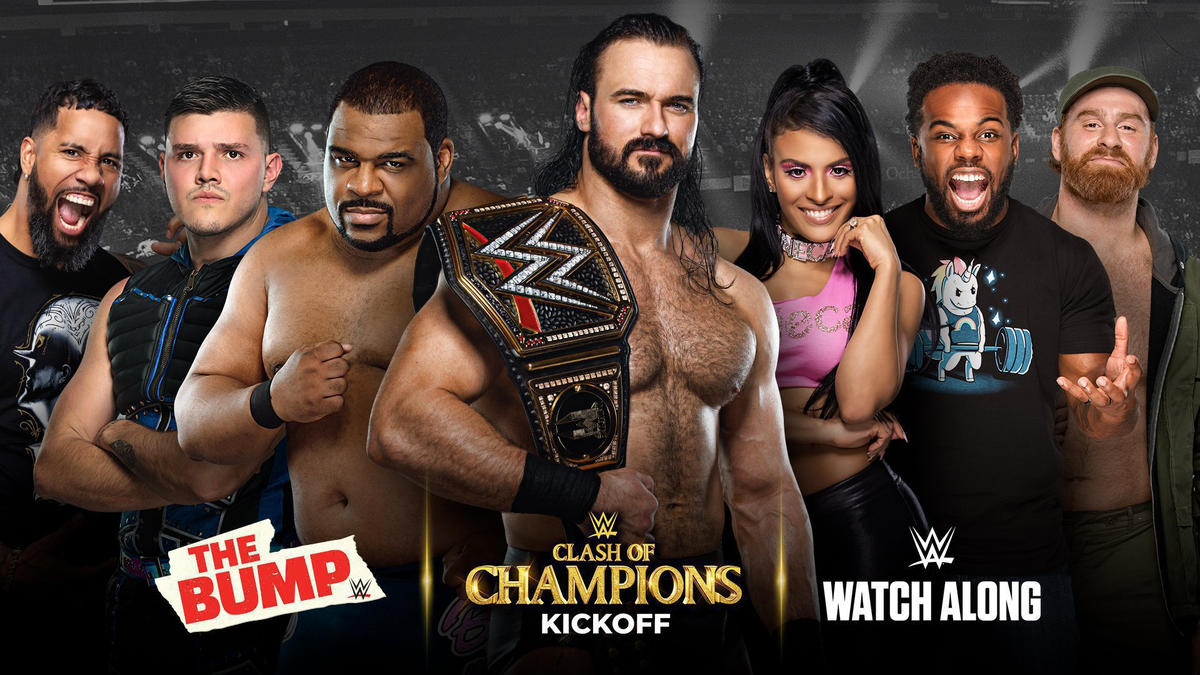 Get set for a championship Sunday with a full day of programming across WWE platforms leading into WWE Clash of Champions.

Catch a special edition of “La Previa de Clash of Champions” at 11:00 a.m. ET/8:00 a.m. PT, as Keith Lee, Jey Uso and Vega all join the show.  Next, catch a special presentation of “The Best of WWE Clash of Champions” at 12 p.m. ET/11 a.m. CT to relive a host of memorable title matches and incredible moments from the high-stakes, pay-per-view event.

Later, settle in with the crew of WWE’s The Bump at 4:00 p.m. ET/1:00 p.m. PT on WWE Network, Facebook, Twitter, YouTube, Instagram and Twitch. WWE Champion Drew McIntyre, Jimmy Uso, Sami Zayn and Zelina Vega will all join the show to preview the night at the WWE ThunderDome Inside the Amway Center.

The WWE Payback Kickoff Show begins at 6 p.m. ET/3 p.m. PT on WWE Network and WWE social platforms, including TikTok, and will provide expert analysis ahead of the night’s title showdowns. Join our panelists for a deep dive into the Bloodline battle between Universal Champion Roman Reigns and Jey Uso, the Ambulance Match between WWE Champion Drew McIntyre and Randy Orton and more.

WWE Watch Along also returns with a star-studded cast of Superstars alongside the pay-per-view event. Lee, Dominik Mysterio, Xavier Woods, Rhea Ripley, Natalya, Santino Marella and more will help break down all the excitement from WWE Clash of Champions. Join the world’s best viewing party across WWE social platforms.

Catch it all and don’t miss WWE Clash of Champions on the award-winning WWE Network, streaming Sunday at 7 p.m. ET/4 p.m. PT.