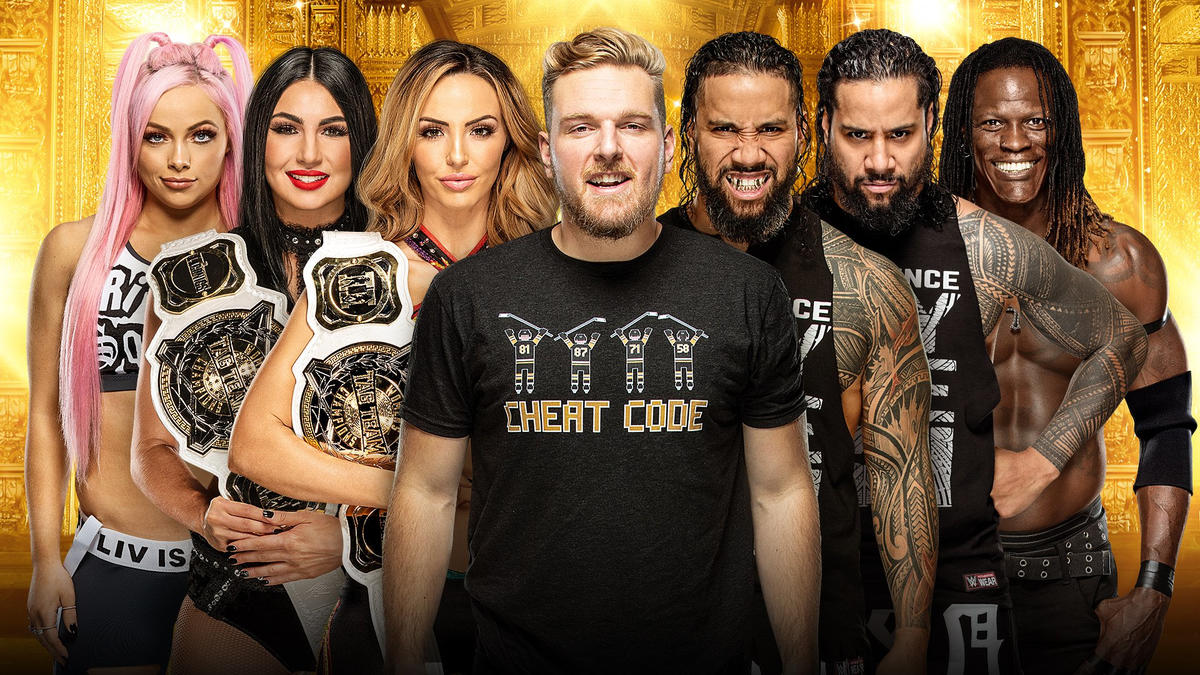 The Usos, WWE Women’s Tag Team Champions The IIconics, Liv Morgan and R-Truth are watching WWE Money in the Bank, and you can join the party when WWE Watch Along streams live on WWE’s YouTube, Facebook and Twitter this Sunday.

WWE Watch Along invites you to hang out with host Pat McAfee and a revolving door of Superstars and celebrities while they watch WWE Money in the Bank on the WWE Network. In addition to the Superstars above, guests announced so far include Cathy Kelley, NXT Superstars Eric Bugenhagen, Vanessa Borne, and Aliyah, along with ESPN’s Field Yates.

You won’t want to miss WWE Watch Along, so tune in to WWE Money in the Bank, streaming live on Sunday at 7 ET / 4 PT on the award-winning WWE Network, and watch along with the Superstars and celebrities on YouTube, Facebook and Twitter.
Article source: WWE.com