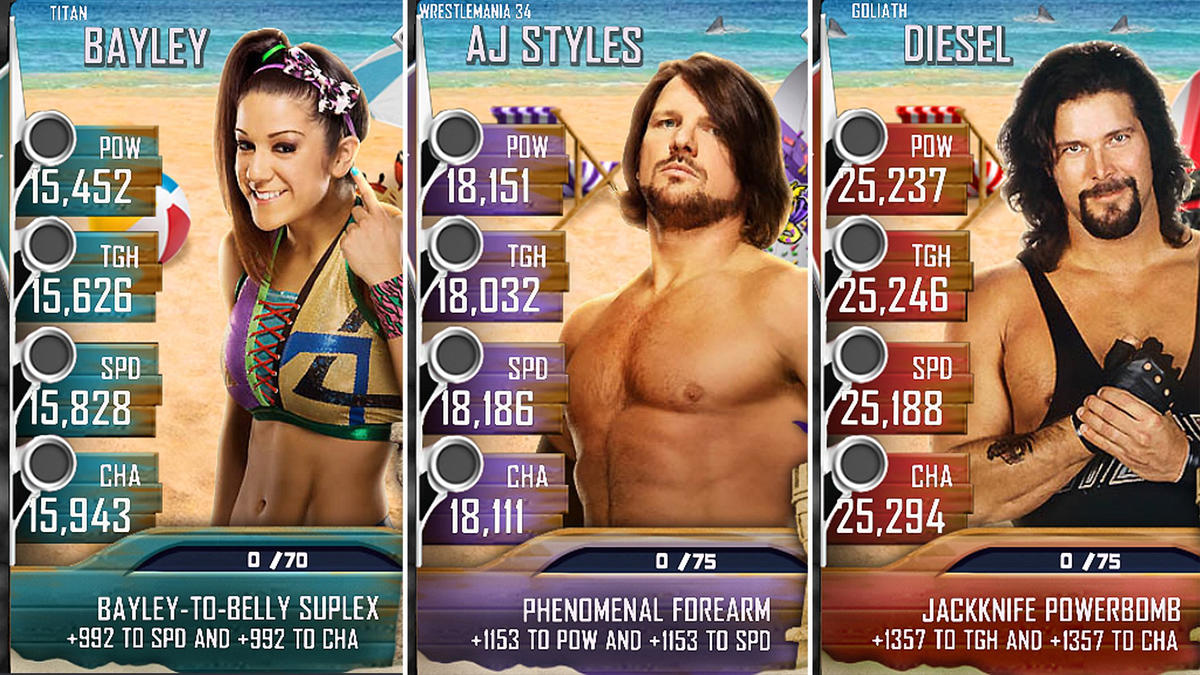 For the Fourth of July, enjoy some fun in the sun with a little help from 2K’s popular card-battling WWE mobile game.

Beach Bash, a limited-edition update for WWE SuperCard, will become available to all players on iOS and Android starting Wednesday, July 4. The new promotion is free to try and is guaranteed to make waves throughout the WWE Universe.

In Beach Bash, players will find new ways to add some fireworks to their mobile gaming experience. Most notably, players can start collecting new Beach Balls and Sandcastle items that can be used in the game’s Fusion Chamber to create one of 30 exclusive Beach Bash Superstar cards, all of which may vary from Beast to the recently-introduced Goliath Tier. The more Beach Balls and Sandcastles collected, the more a player can build up their Beach Bash card collection for in-game use.

This promotion begins on Wednesday, July 4, and concludes on Monday, July 16. However, players looking to dive in to WWE SuperCard’s new offering can obtain a special Heatwave Pack on Tuesday, July 3, that will include one Beach Bash Superstar card.

WWE SuperCard, which is developed by Cat Daddy Games in conjunction with Visual Concepts, is available now to download free of charge on the App Store for iOS devices, as well as the Google Play Store and Amazon Appstore for Android devices.