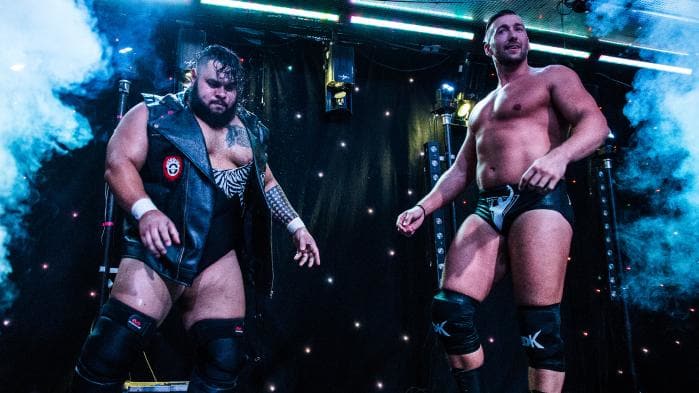 WWE has become a worldwide company more in this decade, than any other. With a Performance Center opening in the U.K. and rumored Performance Center’s opening around the world, non-American talent have a better chance at getting signed by WWE than ever before.

Australia seems to be a hot bed for recent signings. Shane Thorne, Peyton Royce, Buddy Muprhy, Rhea Ripley, Toni Storm and Billy Kay are the biggest names to come out of the land down under. Add Jonah Rock and Elliot Sexton to that list.


Sexton has already been based in Orlando in recent years to live with partner and fellow WWE wrestler Dakota Kai.
He has an impressive combination of size (at nearly two metres tall) and charisma, having created his own YouTube series about his life in the US called Trophy Life.
Rock has made a name for himself in recent years for his agility despite his size; he featured in 2018’s Battle of Los Angeles tournament for Pro Wrestling Guerilla, a famous event on the independent scene previously won by big names such as Kenny Omega, Sami Zayn (as El Generico), Adam Cole and Ricochet.
Sexton and Rock have wrestled in Australia as a tag team known as SexRock. They teamed together for their final match at Melbourne City Wrestling in mid-January, while Rock then had a goodbye in his hometown of Adelaide earlier this month.
Fox Sports Australia