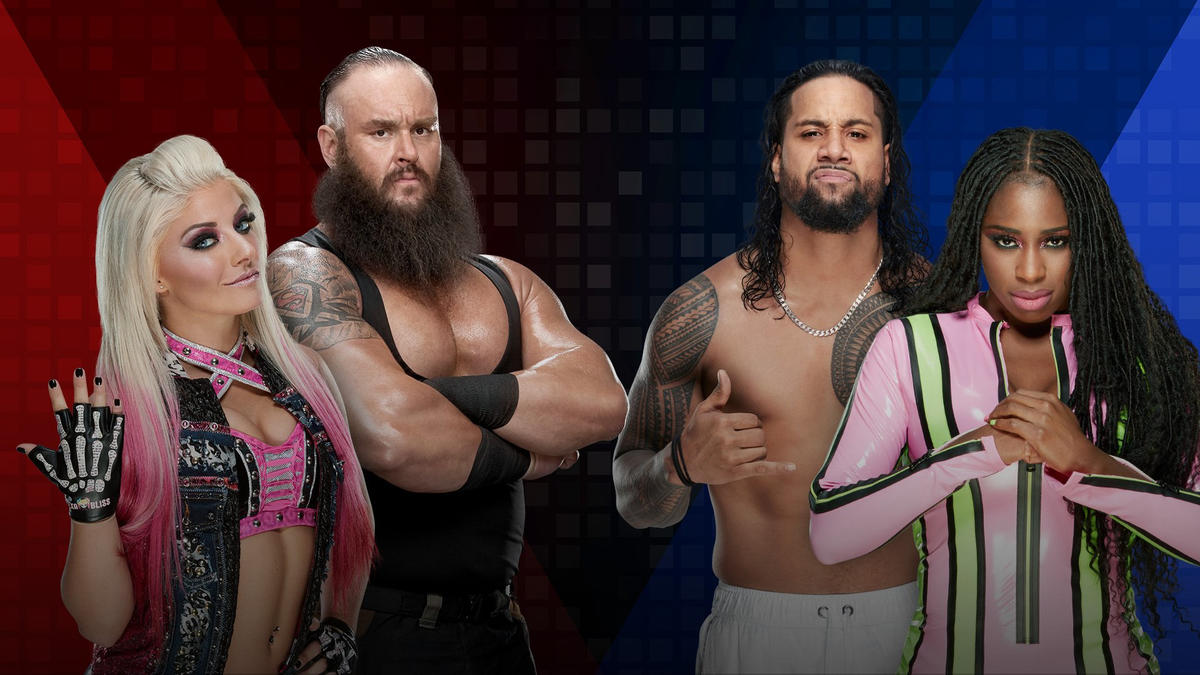 It’s do or die when the Second Round of WWE Mixed Match Challenge continues tonight on Facebook Watch at 10 ET/7 PT, as the dominant tandem of Braun Strowman & Alexa Bliss going head-to-head with the dynamic husband/wife duo of Jimmy Uso & Naomi.

As demonstrated in their First Round win over Sami Zayn & Becky Lynch, “Team Little Big” personify in-ring annihilation. Braun Strowman entered the tournament as an already-established relentless Monster Among Men with a desire to leave nothing but a path of destruction in his wake. However, his newly-formed connection with The Goddess of WWE has allowed him to show other sides of his mammoth personality and made him that much more dangerous in the process. Four-time Women’s Champion Alexa Bliss is also the first woman to hold both the SmackDown and Raw Women’s Titles, and for good reason: Like her or hate her, Five Feet of Fury simply knows how to win and her ability to gel with the normally unapproachable Strowman has helped make their team one of the clear favorites in WWE Mixed Match Challenge.

Following their impressive First Round victory over Goldust & Mandy Rose, Jimmy Uso & Naomi have once again proven themselves to be dynamic personalities with explosive in-ring styles second to none. Jimmy is battled-tested as a tag team specialist, not only as one-half of the reigning SmackDown Tag Team Champions, but also as a five-time overall Tag Team Champion. Not to be outdone, Naomi is a two-time SmackDown Women’s Champion who recently competed in the first-ever Women’s Royal Rumble Match. When you add in the natural chemistry of a loving married couple, you get a recipe for WWE MMC success, and they’ll be looking to welcome “Team Little Big” to the “Glowish Penitentiary.”

Who will survive Round Two of WWE Mixed Match Challenge and go on to face Intercontinental Champion The Miz & the undefeated Asuka in Week 10? Find out tonight at 10 ET/7 PT, exclusively on Facebook Watch.