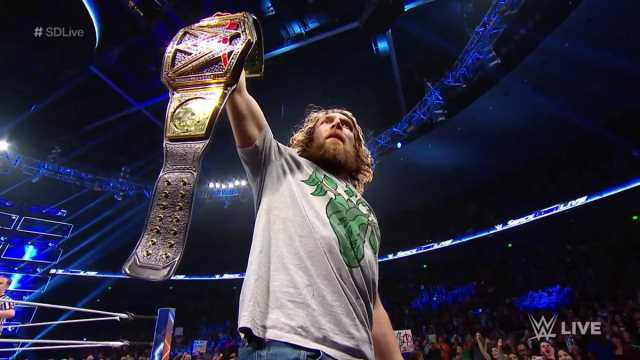 There has been speculation online that WWE creative writers might have ”stolen” an idea for WWE Champion Daniel Bryan’s angle from former WWE superstar Taz.

Taz spoke about the Yes Movement on The Taz Show, which aired a day after New Daniel Bryan was introduced. This is what he said:

You tell me the ‘Yes! Yes! Yes!” movement is dead and yet the f–king belt says ‘Yes! Yes! Yes’, right? So you might say, ‘Wait a minute Taz, hold up a second, not so far. Why would they take the side-plates off when they don’t know that he’s going to say The Yes Movement is dead, in character.’ And I would say to you, you are correct, but Daniel Bryan should’ve made mention of this belt, of the side-plates, and pointed it out.

he Yes Movement is dead. Show the plate, acknowledge it, it’s cool. It makes it even cooler when he does it. I don’t know if the f–king dude is a heel or babyface, I’m sure he’s a heel because he’s killing The Yes Movement, but you know how fans are, fans are going to like him even more.

I would’ve had him, just hold the belt up without the plates. How cool would that s–t have been? Right or wrong? What do I know? I don’t need to be f–king dealing with creative stuff and writing wrestling, I don’t know s–t.”

@LMFight put Taz’s audio with the segment from the latest SmackDown and Taz would respond, indicating that it was not the first time WWE had taken ideas from his podcast. He also mentioned how the pay would be ”too low” for a job at WWE creative.

“Because @WWE listened to what @OfficialTAZ said.” Just because the plate is made of “steel,” does not mean you can “steal” food (content) off the plate! #TheTazShow #DanielBryan #SmackDownLIVE pic.twitter.com/mY92P8vy0D

**EXPLICIT** – Jeez, this never ends. LM, thanks for putting thus together. https://t.co/DrvHllBsyl