What’s next for Brock Lesnar?

Will Brock Lesnar return to the WWE on a long term basis?
Back in April, Brock Lesnar lost the Universal title to Seth Rollins at WrestleMania 35. The “Beast” was slew, and since then, the wrestling community hasn’t seen much of Lesnar. Word on the street was that Brock headed back to the UFC, but that hasn’t materialized, and now, it seems he will retire from the Octagon and refocus on the WWE. For how long, nobody quite knows.

It’s a complicated situation. Lesnar is on the bill for the upcoming Super ShowDown in Saudi Arabia, but aside from that, it’s unclear what his long-term intentions are.

Dana White recently announced that Brock Lesnar is no longer with the UFC in clear enough words: “He’s retiring.” The reasons for this remained unclear, and Lesnar hasn’t confirmed or denied this himself. However, the picture emerges that the price wasn’t right.

Before this announcement, there was a rumor that Lesnar would face UFC Heavyweight champion Daniel Cormier, but it’s now expelled. Now, Cormier will defend his title against Stipe Miocic at UFC 241. Thanks to a global agreement with the UFC, the PokerStars logo will feature on the canvas of the Octagon for the pay-per-view (PPV) events.

Apparently, Lesnar wanted a flat fee for the PPV show, a particular price that would be worth it for him to undergo the tough training camp at the age of 42, and then square up to a capable opponent like Cormier. A loss in the UFC at this stage could even damage his reputation at the WWE.

The WWE has confirmed that Lesnar will be at Super ShowDown where the Undertaker and Goldberg will face each other. As of yet, details surrounding the match and his opponent have not released.

After the Super ShowDown, there are no dates booked for Lesnar. No scheduled RAW appearances, no PPV, nothing. The rumor is that he is likely to make an appearance at other PPV events such as SummerSlam, but again, this is by no means confirmed.

Brock typically signs short-term contracts with limited dates for the WWE and has done this for the past few years. It seems to be the most likely course of action for him in the future, and the relatively casual opportunities of WWE may contribute to an easier exit from the UFC. 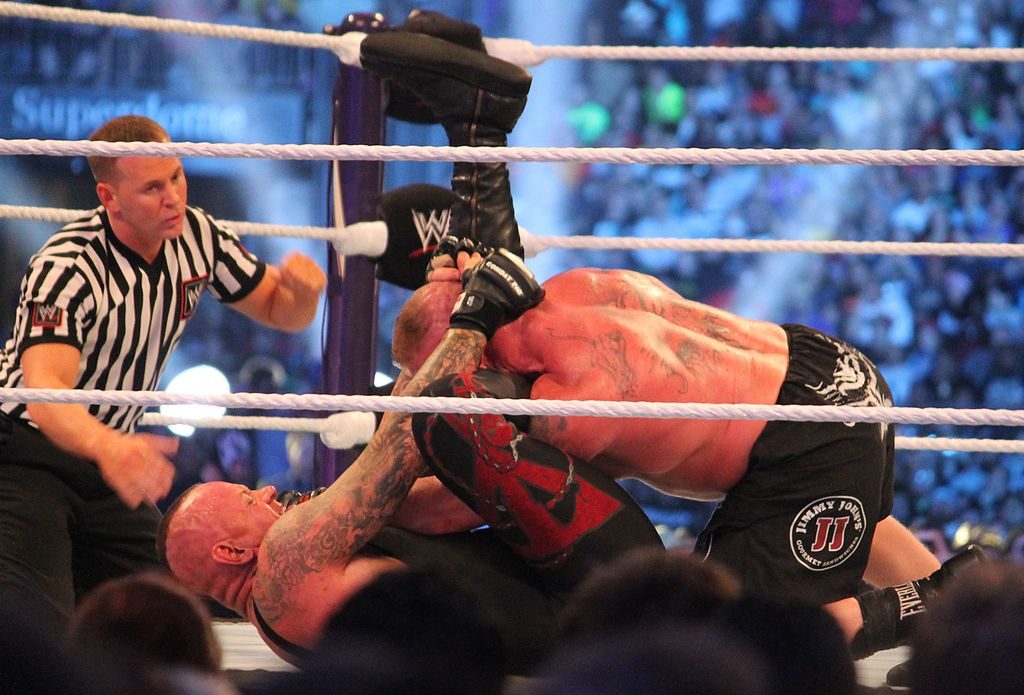 Undertaker will face Goldberg at Super Showdown. Who will be Brock’s opponent?
Brock Lesnar is, without a shadow of a doubt, a huge draw for both the UFC and WWE. The PPV nature of UFC may have meant that he couldn’t reach the agreement that he wanted, and it seems that his retirement is imminent. Still, let us not forget that similar has happened before, with Lesnar later returning to the UFC. It’s not impossible that he will fight in the Octagon again.

For the moment, it seems like Lesnar’s focus is on the WWE, or more likely, the WWE has offered him the money that he wants, with an arrangement more suited to his needs. Lesnar received $1 million for his appearance at Crown Jewel last November where he beat Roman Reigns to win back the Universal title. It’s likely that this seven-figure payment will be enough to keep him coming back to the occasional PPV.

The part-time agreement has angered some fans, especially when Lesnar has the title to hold and only appears to defend it when he feels like getting out of bed. If he were to come back to the WWE for any length of time, would it be right to put him on course for the title once again?

History tends to repeat itself, and in the past, WWE has handed titles to Lesnar rather liberally. According to an opinion piece in Forbes, he may well be thrust back onto the scene as Universal champion or even as WWE champion if he were to sign with SmackDown.

As for Lesnar’s opponent at Super ShowDown, again, it’s all a matter of speculation at the moment. With Goldberg and the Undertaker matched up, that leaves A.J. Styles, Seth Rollins and Roman Reigns, Kofi Kingston or well-matched opponents like Drew McIntyre or Lars Sullivan. We will have to wait for announcements to gain confirmation of the details.