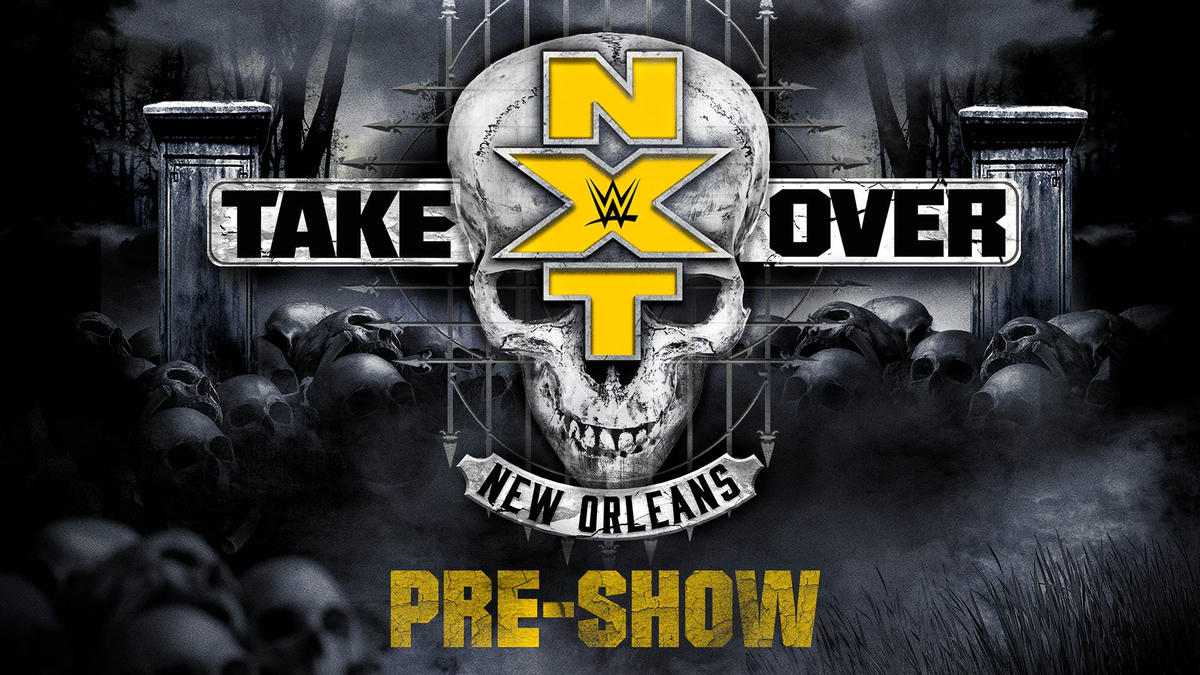 Featuring exclusive, behind-the-scenes Superstar interview and match-by-match analysis from a panel of experts, the Pre-Show will bring you up-close to all the action in the hour leading up to TakeOver: New Orleans.

This Saturday’s panel will include commentary from Charly Caruso, Sam Roberts and, making his TakeOver Pre-Show debut, former NFL punter-turned-podcaster Pat McAfee of “The Pat McAfee Show.” One of the most popular and outspoken personalities in sports radio, McAfee is sure to bring his inimitable insight to the Pre-Show panel.

Then stay tuned for the big event itself, NXT TakeOver; New Orleans, when it streams live at 8 ET/5 PT, exclusively on the award-winning WWE Network.