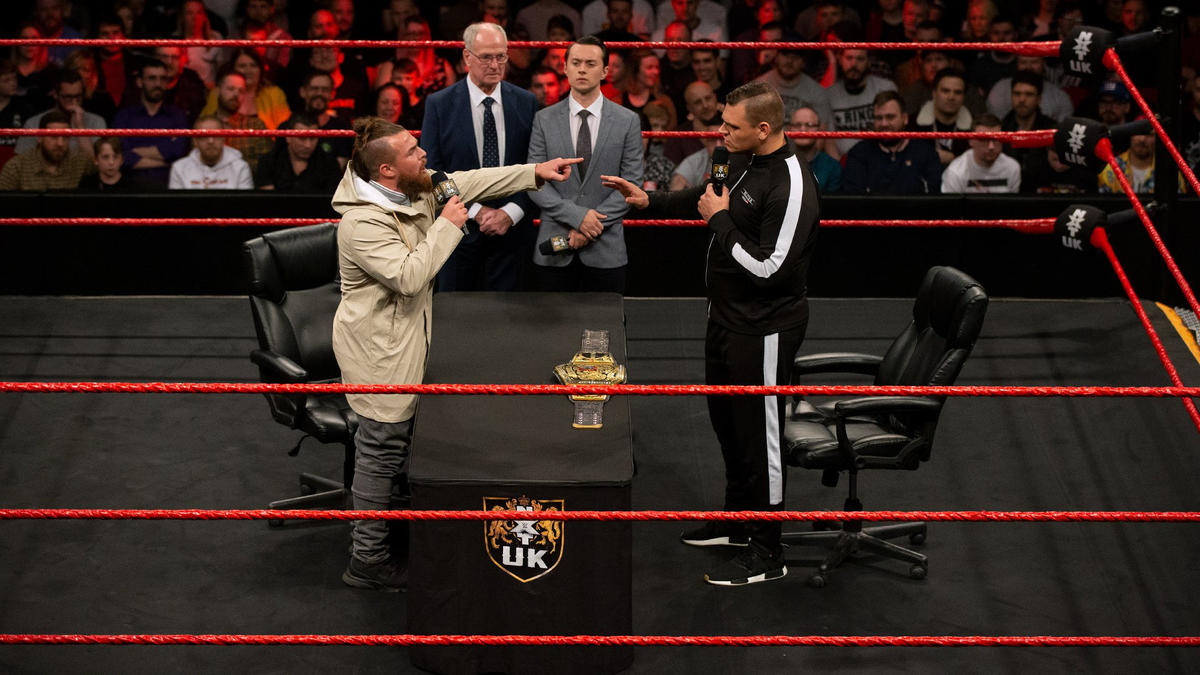 After Gallus and Ilja Dragunov teamed up for a brutal Eight-Man Tag Team Match against Imperium – which  did little to quell the chaos between the deadly forces — United Kingdom champion WALTER met face-to-face with Joe Coffey to carry out historical negotiations with the intention of bringing an end to the bedlam.

In proceedings regulated by NXT UK General Manager Johnny Saint Assistant to the General Manager Sid Scala, the result of the intense back-and-forth was as follows: WALTER agreed to defend the United Kingdom Title against Joe Coffey at NXT UK TakeOver: Blackpool II in January, NXT UK Tag Team Champions Mark Coffey & Wolfgang will put their titles on the line against Fabian Aichner & Marcel Barthel next week, and Ilja Dragunov stepped up to accept the challenge to battle Alexander Wolfe in a No Disqualification Match at a later date.

However, once Coffey was gone, The Ring General informed the remaining Dragunov that he had made a mistake by coming to the ring and accepting the challenge. Seconds later, the full force of Imperium descended on him with a strategic sneak attack from all sides, culminating in the Moscow competitor being driven through a table.
Article source: WWE.com