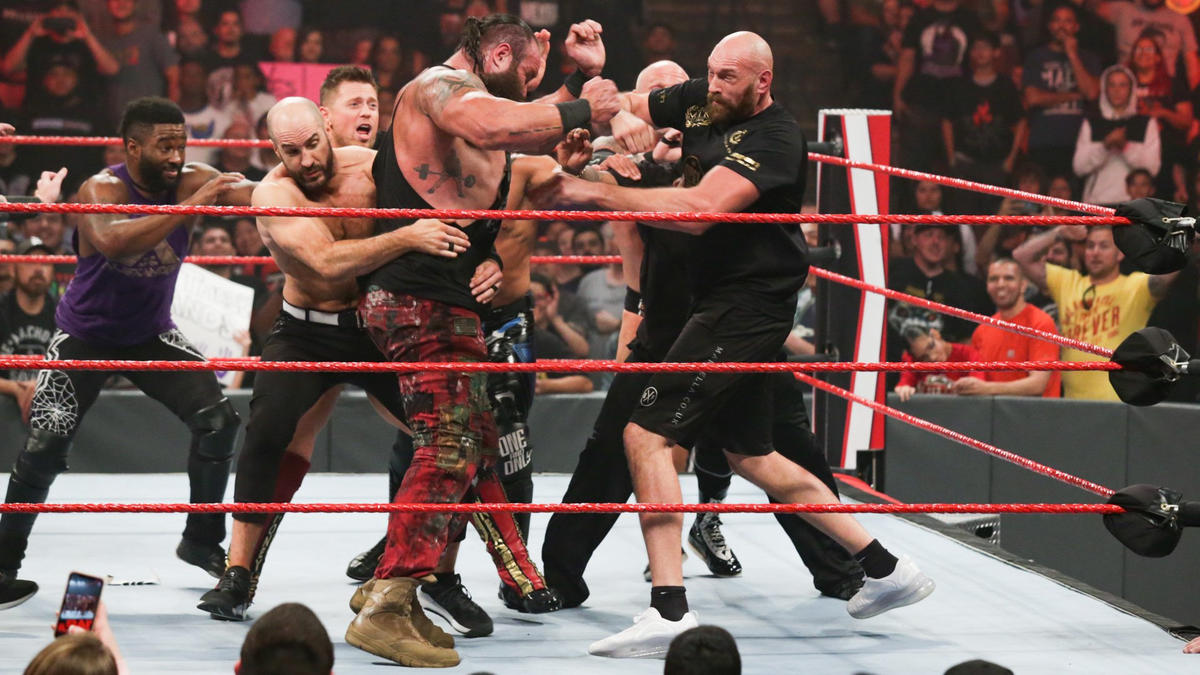 Much was made of the open mic that the always unpredictable Tyson Fury would be given during his appearance on Raw following a confrontation with Braun Strowman on Friday Night SmackDown. As it turned out, neither was in the mood to do much talking. Fury’s demands for an apology quickly led to fighting words with The Monster Among Men and then an actual fight, in which Strowman and the undefeated lineal heavyweight boxing champion battled their way through two platoons of security guards to get at each other.

The WWE locker room fared slightly better in that at least none of the Superstars dispatched to quell the madness were sniffing canvas by the time all was said and done. But a group that included former champions, strongmen and a WWE Hall of Famer still wasn’t enough to keep The Gypsy King and Strowman from throwing whatever hands they could. Strowman seemed to relent, returning to the backstage area for a brief interview with Charly Caruso where he promised Fury would get These Hands before all was said and done. But the pause turned out to be a brief one, as Strowman charged back into the fray to fight as Raw went to black, both on a mission to give These Hands and clearly thrilled to have found someone who’ll give them back.
Article source: WWE.com