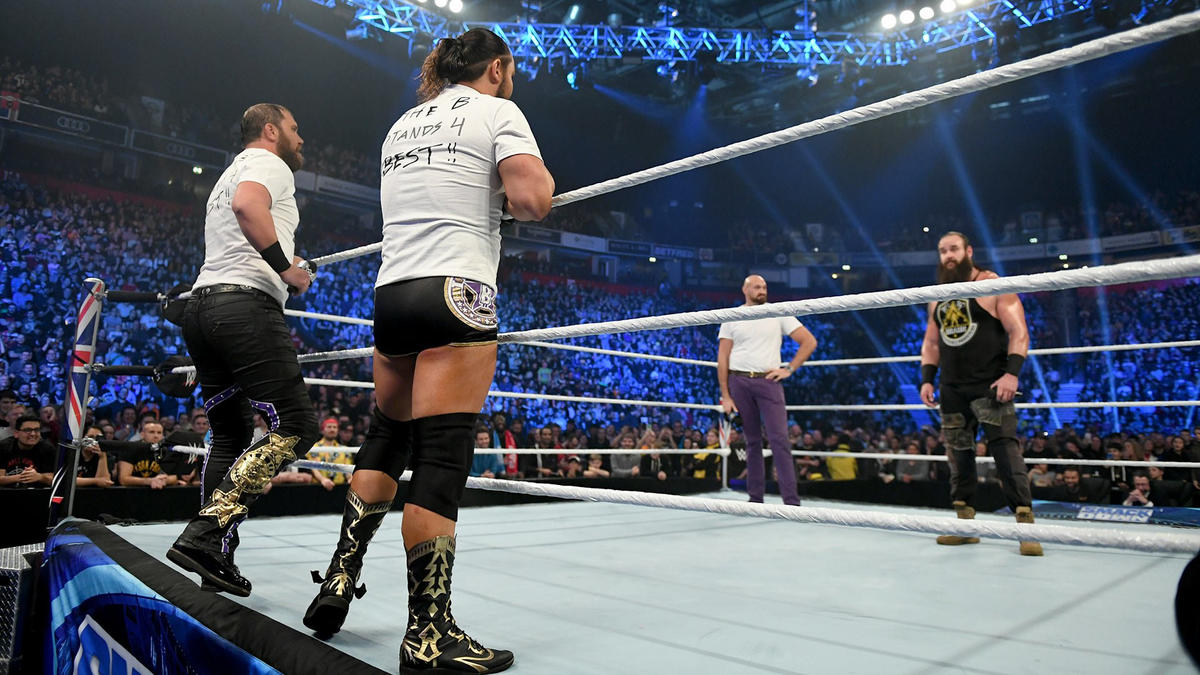 Lineal heavyweight boxing champion Tyson Fury returned to his hometown of Manchester with the idea of settling some “unfinished business” on his mind.

That “unfinished business” was of course Braun Strowman, who was still steamed after his count-out defeat to Fury at WWE Crown Jewel. Fury was less than pleased after Strowman dropped The Gypsy King with a Running Powerslam after the contest had concluded.

In a shocking turn though, Tyson simply told Braun “thank you” for the fight in Saudi Arabia and then suggested that they should become a tag team if they were ever again to compete in the ring together. The Monster Among Men suggested that there probably aren’t two Superstars who would be foolish enough to ever want to challenge them.

Curtis Axel and Bo Dallas would look to make a moment for themselves off of Strowman’s words, but it would instead just result in the former Raw Tag Team Champions being absolutely eviscerated by the two goliaths, finishing in a scene that saw Fury & Strowman celebrating together as Axel & Dallas lay motionless.

Proof positive that truly anything can happen in WWE.
Article source: WWE.com