The night opened up with NXT UK Tag Team Champions Mustache Mountain (Tyler Bate & Trent Seven) defending the titles against The Grizzled Young Veterans (Zack Gibson & James Drake). The match was a fantastic contest that saw a ton of near falls, and high risk spots both inside and outside of the ring. In the end The Grizzled Young Veterans were able to score the pinfall and walked out of NXT UK TakeOver as the new UK Tag Team Champions. 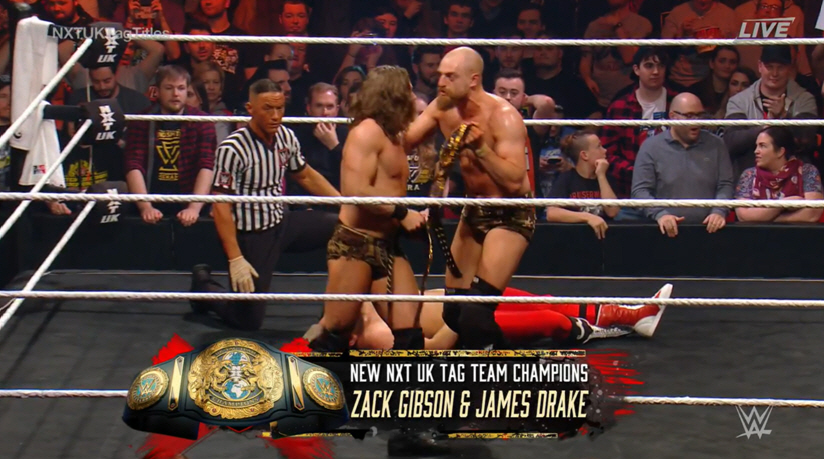 Also on the card we saw the NXT UK Women’s Championship on the line as champion Rhea Ripley faced Toni Storm. The crowd was really behind Toni Storm to start this match, especially after everything that has gone on recently with Toni Storm. This was a really good match which saw both women going all out, and was full of close calls from both competitors. By the end of the match the crowd was really split, as the action was intense and had completely captivated the capacity crowd.

The finish came when Storm was able to connect with two Storm Zeros and got the pin over Ripley to become the NEW NXT UK Women’s Champion. 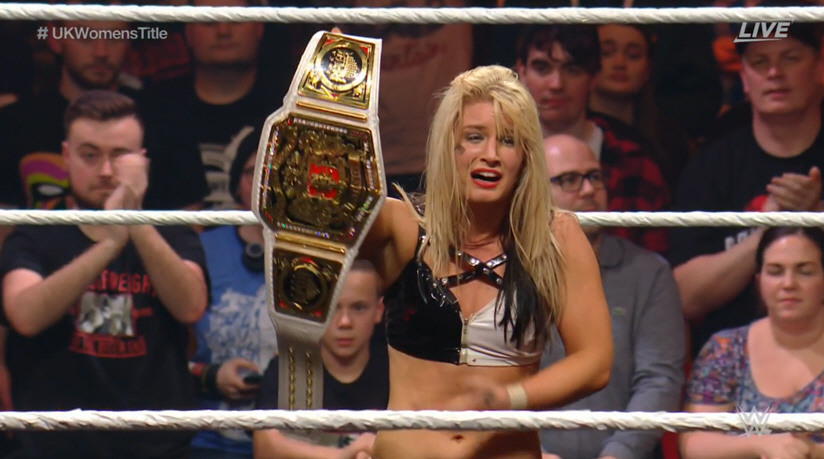