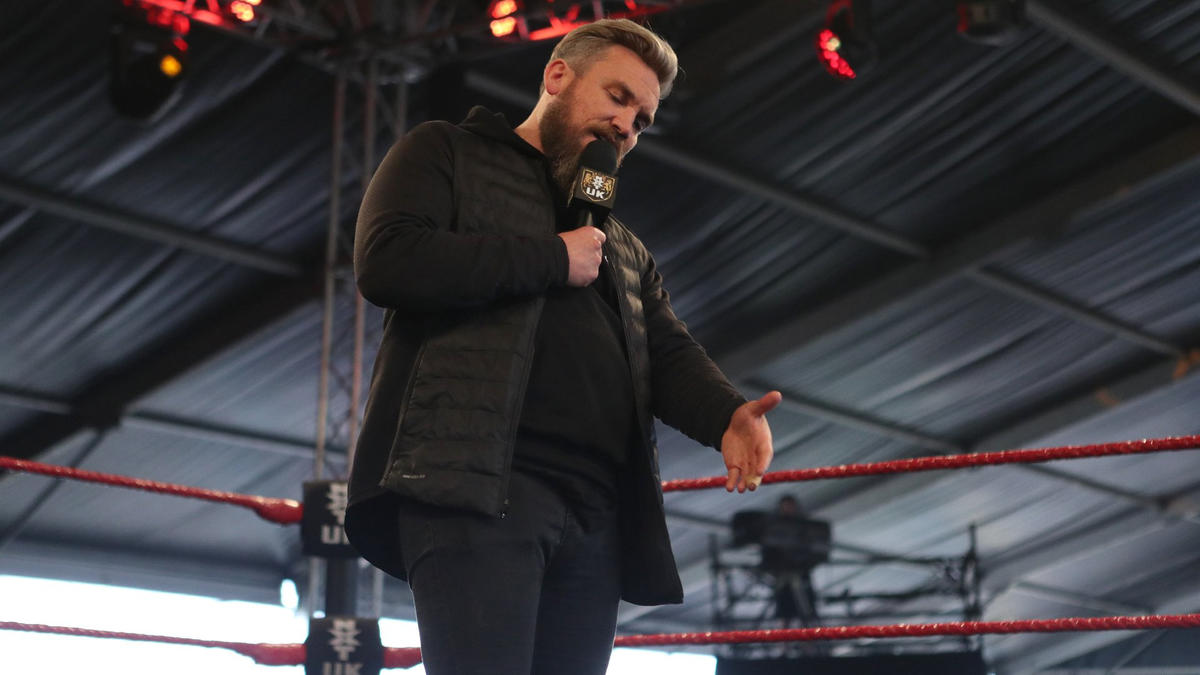 Without his usual enthusiasm, Trent Seven came before the NXT UK Universe, in the aftermath of Imperium’s vicious assault on Moustache Mountain one week earlier. Seven was visibly upset at the attack on his tag team partner Tyler Bate, who became the focus of the onslaught after Seven was handcuffed to the ring post.

In an emotional address, Seven explained that Tyler is hospitalized and is now injured. But, with Pete Dunne having his hands full elsewhere, The Artful Dodger was ready to take up the mantle alone against Imperium. Looking to “cut the head off the snake,” Seven made it clear that he wanted WALTER and that he didn’t care about the WWE United Kingdom Championship. He simply wanted a fight against the so-called leader of Imperium. He vowed to destroy the Ring General for Bate, for Dunne and for the Trent Seven Army.
Article source: WWE.com