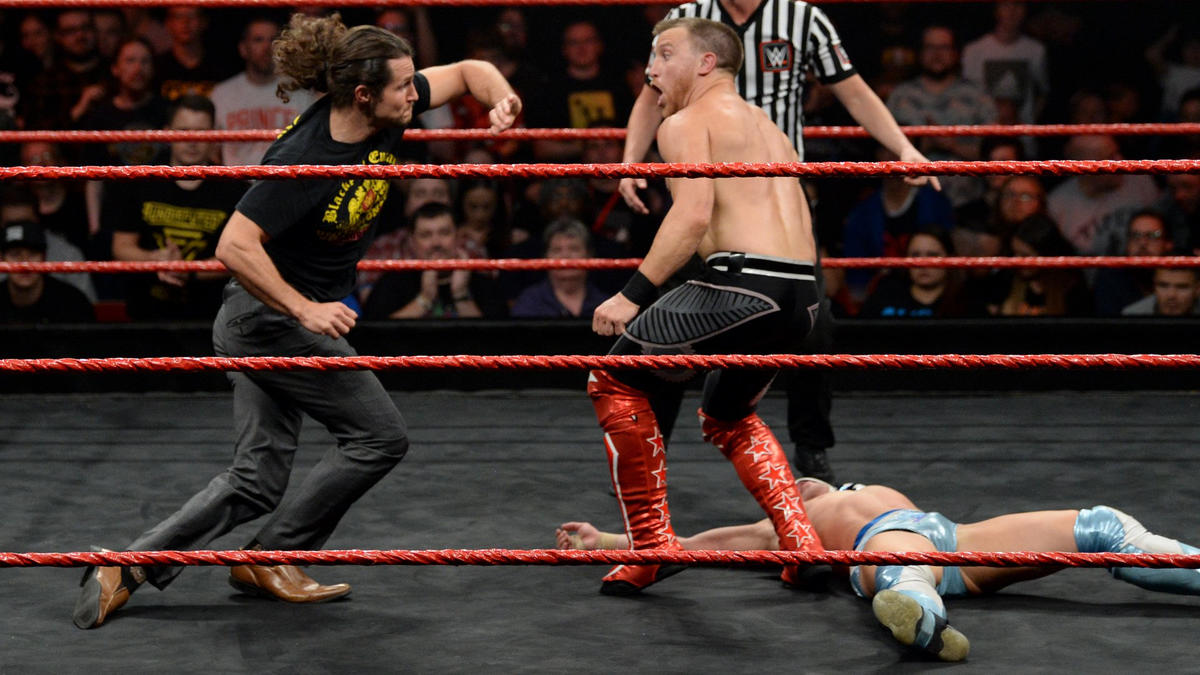 Following a double pin in their first encounter several weeks ago, Ligero and Travis Banks welcomed the opportunity to once again lock horns in order to determine a clear winner between them.

But, when the intense back-and-forth action moved outside the ring, Joseph Conners suddenly emerged out of nowhere and hurled Ligero into the ring post, a maneuver that neither Banks not the official were in a position to witness.

Unaware of the disruption, The Kiwi Buzzsaw managed to hit the Slice of Heaven moments later to pick up the win. Before he could even catch his breath, however, the irate Conners continued his assault with a post-match attacked on both competitors.

Picking up the mic, Conners went on a tirade, insisting he was worthy — but not where he deserved to be — and that if he continued to suffer, all will suffer along with him.
Article source: WWE.com