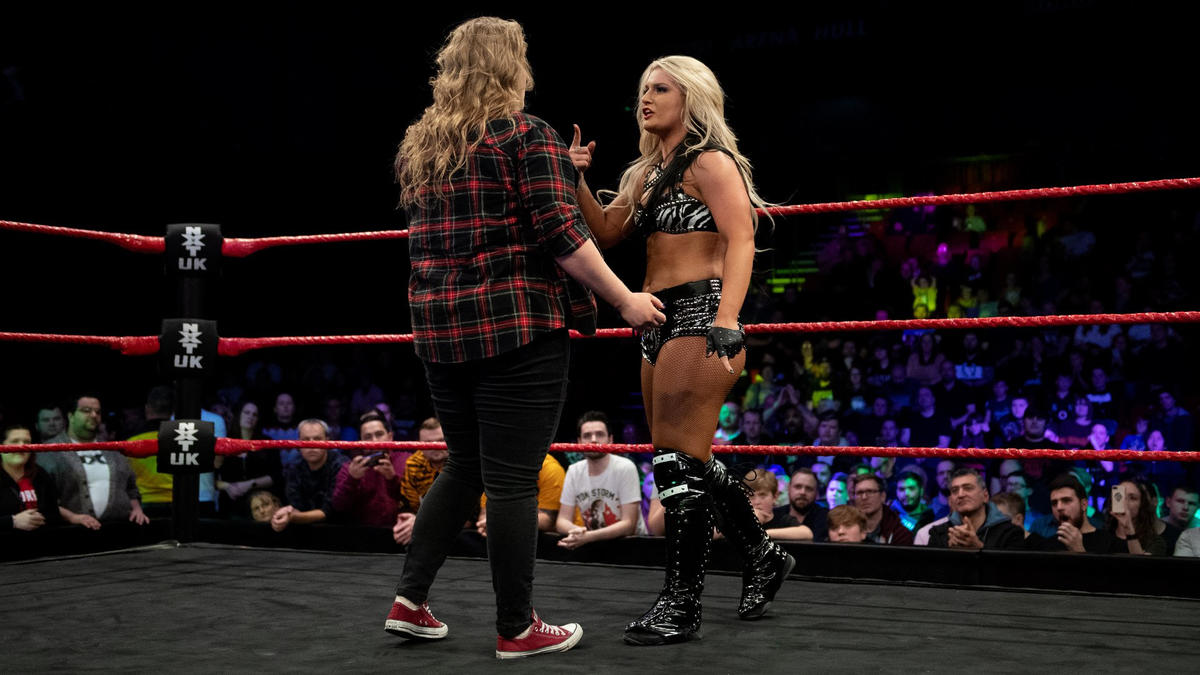 One week after shocking the WWE Universe with her return to NXT UK for the first time since TakeOver: Cardiff and attacking NXT UK Women’s Champion Kay Ley Ray, Toni Storm stepped in the square circle against Killer Kelly.

Moments after overcoming Kelly with a German suplex and Storm Zero in an aggressive matchup, Storm was suddenly attacked from behind by Kay Lee Ray. This brought Piper Niven to the ring, and she sent the titleholder packing in a hurry. When Niven attempted to help Storm back to her feet, a furious Storm slapped her hand away and insisted she doesn’t need her help.

The NXT UK Women’s Title hunt is heating up like never before.
Article source: WWE.com