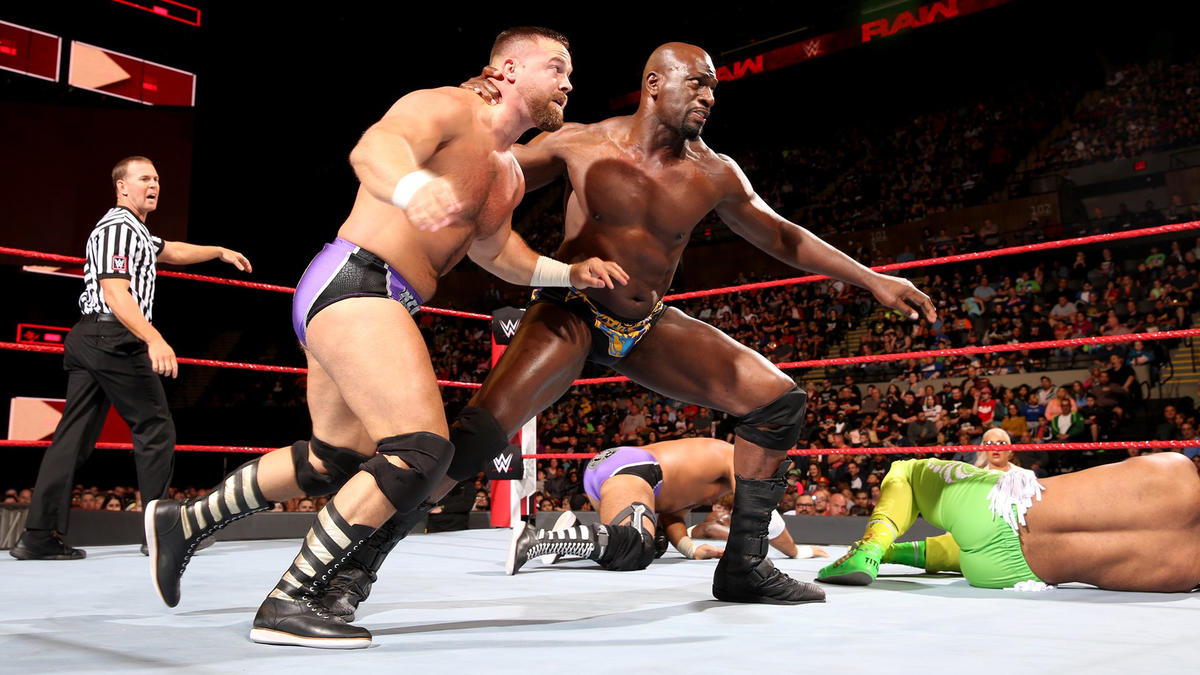 He slid under the ring (and into our hearts) last month during the Greatest Royal Rumble Match, but it’s back to business for Titus O’Neil, who revealed he intends on slimming down from 284 pounds to 270 pounds to not only mix it up with tag teams like The Revival and The Ascension, but perhaps Thanos and his minions as well.

284lbs now 6weeks from today I’ll be ready for a Lifelong Goal 2be reached&I’m excited about the process to go down to a Leaner 41 year old 270lb @Marvel Character ?? Has nothing to do with @WWE but everything to do with being a Blessed Man! @DaveBautista I’ll see you soon ? pic.twitter.com/zdeuhaQ7GK

The post alludes to becoming a 270-pound “Marvel character,” and with O’Neil saying “I’ll see you soon” to “Guardians of the Galaxy” and “Avengers: Infinity War” star Batista, social media has been going supernova over the idea of Titus as a superhero — including Drax the Destroyer himself.

You are blessed but you worked hard for those blessings! Never settle for a comfort zone.. #dreamchaser #Drax https://t.co/7rGQC69hJp

“You are blessed but you worked hard for those blessings!” Batista wrote. “Never settle for a comfort zone.. #dreamchaser #Drax”