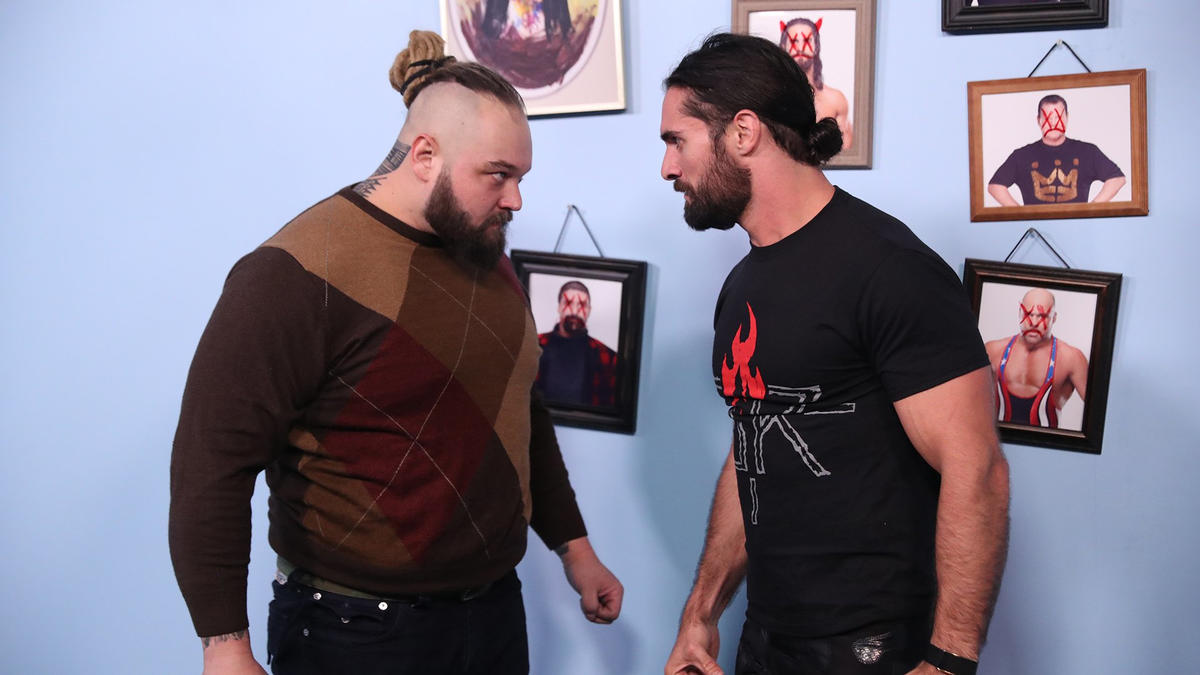 After a wild seven days in WWE, there’s no better way to look back at the week on Raw, SmackDown and NXT then with brand-new WWE GIFs!

We captured the best moments and reactions from the past week in WWE and uploaded them to our award-winning GIPHY channel. You can search for and share these GIFs, along with thousands more, on many platforms, including Twitter, Facebook, Instagram Stories & DMs, WhatsApp, Slack, Gmail and more! Which one best expresses you?

The Firefly Fun House going up in smoke at the hands of Seth Rollins left everyone in shock, including Bray Wyatt.

The WWE Universe was hyped to see Erik & Ivar win the Raw Tag Team Titles, perhaps no one more so than this WWE fan.

Not so fast, Roderick

NXT General Manager William Regal was in no mood for Roderick Strong’s interference in a rubber match between Keith Lee and Dominik Dijakovic.

A kiss for good luck

Though he isn’t on Tommaso Ciampa’s good side, Angel Garza certainly has his supporters in the NXT Universe.

Taynara Conti was not impressed with the returning Tegan Nox.

Close, but no cigar

The New Day may not be into chugging raw pancake mix, but a little hip swiveling with Otis? Sign. Them. Up.