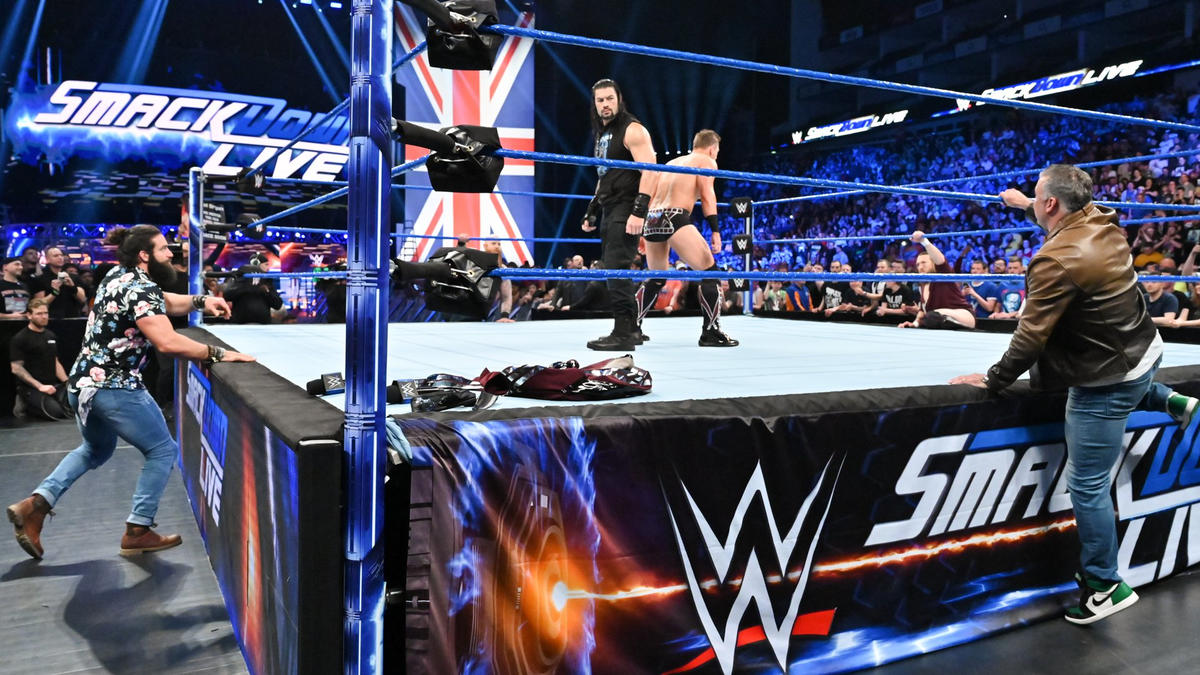 LONDON — Continuing their conversation from the night before on Raw, Roman Reigns and The Miz kicked off SmackDown LIVE in London by discussing who was going to get the first crack at Shane McMahon tonight on the blue brand, but their chat was soon re-routed when they were by Shane McMahon & Elias, who seemingly both were eager to have their WWE Money in the Bank matches against Miz and Reigns respectively to come early.

It quickly became apparent that Shane & Elias had set a trap for Reigns and Miz as Daniel Bryan & Rowan joined Shane-O-Mac and Elias and were clearly ready to pounce. However, just as the quartet attacked and began to lay into Miz & Reigns, the Wild Card Rule struck again, with The Usos dashing out to join the fray. Jimmy & Jey wiped out Shane, Elias, Bryan and Rowan with stereo dives and stood tall alongside Reigns & The A-Lister to kick off SmackDown LIVE in Uso crazy fashion.
Article source: WWE.com