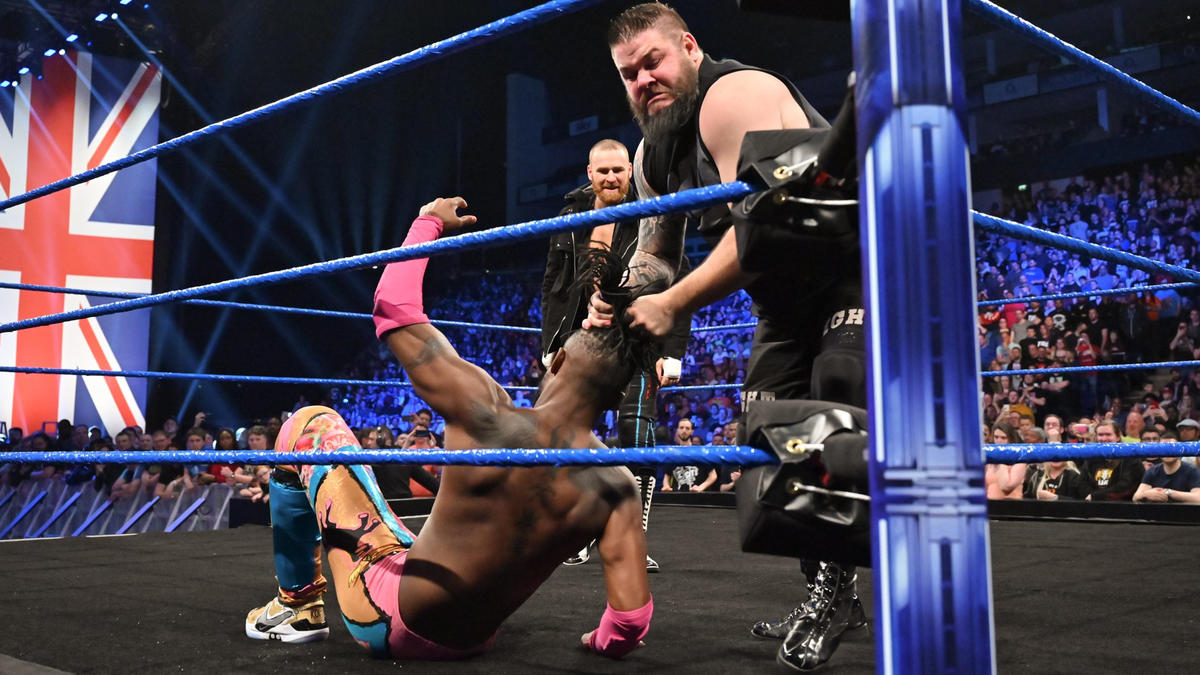 WWE Champion Kofi Kingston arrived for “The Kevin Owens Show” in his usual jovial mood … but it didn’t stay that way for long.

Kingston beat Kevin Owens to the punch and arrived to the ring first for the talk show, going as far as introducing Owens for his own show … except KO was nowhere to be found. With it looking like tonight’s episode would be more appropriately titled “The Kofi Show,” Kingston began to wonder aloud if Owens wasn’t out there tonight because he was scared. KO soon showed up – albeit on the TitanTron — and claimed that even though Kofi accomplished his dream at WrestleMania, his dream was now over and reality was setting in. According to Owens, Kofi was only WWE Champion because of The New Day and his reign would end when the two collided this Sunday at WWE Money in the Bank. Owens reminded Kofi of just what he was capable of, showing highlights of him terrorizing the WWE roster (including his attack on Xavier Woods last week).

Kofi fired back, clearing the ring of any unneeded objects, ready to fight. When Owens hit the scene but refused to enter the ring, Kofi charged up the ramp, but after only a few blows were exchanged between the two, Sami Zayn showed up via the Wild Card Rule and assaulted the WWE Champion with his friend.

Xavier Woods rushed out to even the odds, but KO and Sami overwhelmed him. Owens trapped Kofi in the corner, screaming that he wasn’t going to do his worst now; he wanted to leave just enough so that he could take his title on Sunday. Kingston fired back against his tormentors and connected with a picture-perfect Trouble in Paradise on Zayn and sent the ultimate message to KO: Kofi was ready for whatever would come his way this Sunday at WWE Money in the Bank.
Article source: WWE.com