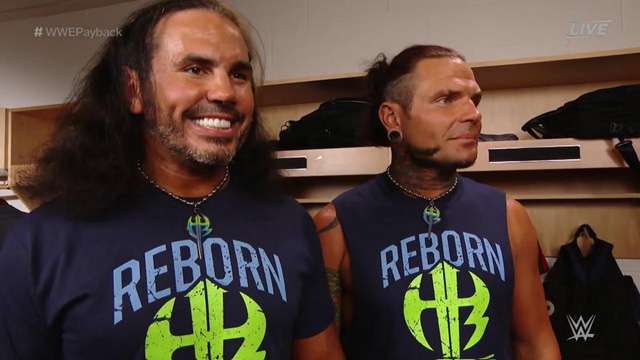 Jeff Hardy recently signed a new contract with WWE, so it seems it will be an even longer time before fans can see him reunite with his brother Matt.

Jeff also revealed his No More Words theme song will return once WWE can allow live fans in attendance. Its return was part of the condition for signing a new contract.

During Wrestling Observer Radio, Dave Meltzer discussed the Hardy Boyz’ contracts. He said that WWE typically signs Superstars to three to five year contracts, so it will be a long time until the Hardy Boys reunite.

“The Hardy Boyz deals started on the same day and they were supposed to end on the same day, but what happened was that they tacked so much time for Jeff’s injuries on that there was just a long gap between their two contracts.”

“There was actually time tacked on to Matt’s too, but Jeff was obviously injured a lot more in the last couple of years so he had more time tacked on.”

For the time being, Jeff Hardy will remain in WWE while Matt Hardy works in AEW. However, anything is possible in the world of pro wrestling.