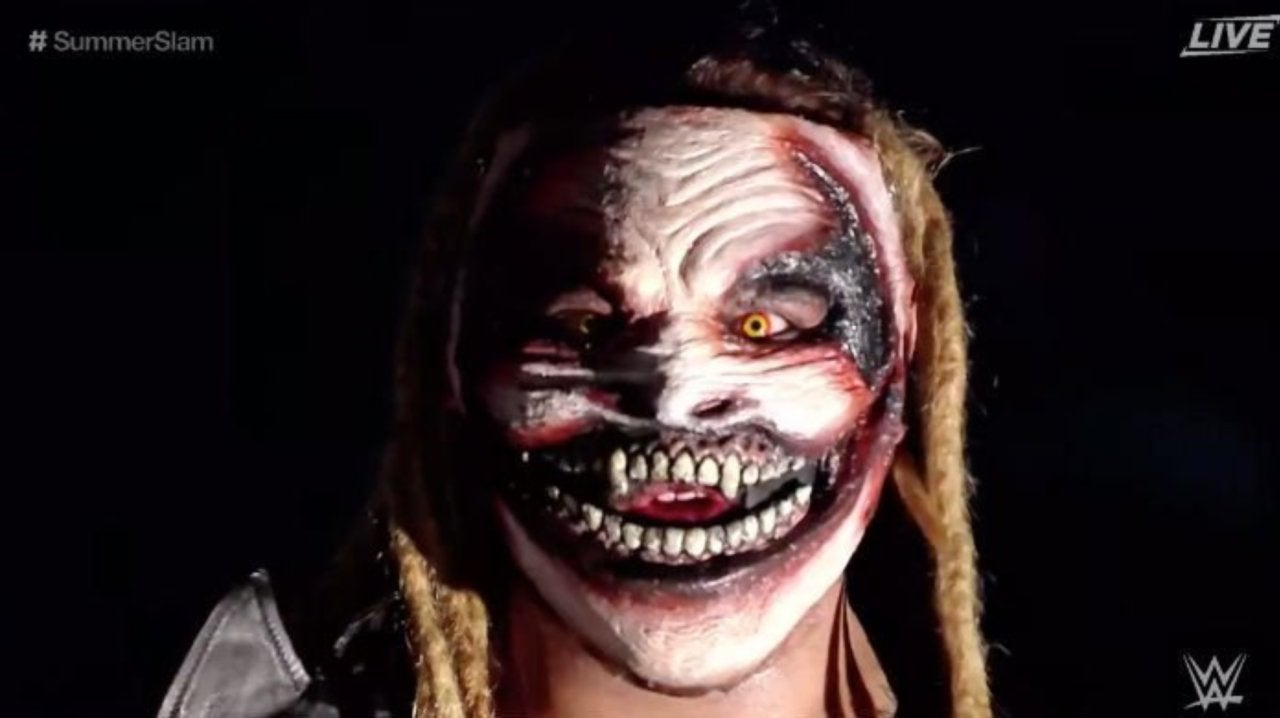 Alright so here’s the truth: I don’t really like The Fiend. Now don’t get me wrong – I’m not trying to discredit Bray or his work, he’s clearly a very creative guy and has put a lot of effort into The Fiend character… but it just doesn’t sit right with me. In fact, it hasn’t sat right with me since it debuted, really. It actually ushered in the first time I rallied behind Finn Balor in his whole main roster run. So what’s the problem, you might ask?

Well, growing up I was never a big part of any social group but I did find myself frequently among the Goth kids and Edgelords of the day, and because of that I was introduced to many variations of The Fiend character as they talked about their newest idea for a comic book villain or alter-ego they were planning to LARP as.

“Yeah he’s this mild-mannered fun guy but he’s really a MONSTER and he has this horrifying mask and he can invade your mind and he has this huge mallet and there’s this girl and…” Yeah, I know. I’ve heard it all before. It’s lame. Or should I say it was their lameness that made what could have been a terrifying creature shrouded in horror and mystery, The Fiend, seem almost like a parody straight out of the mind of a fifteen year old boy – and that was over a decade ago. It felt like that then and it still feels like that now. I mean, fingerless leather gloves in 2020? Come on.

Pentagon and Mil Muertes were not just feared characters in Lucha Underground because of what we saw them do in vignettes, but also because of the gruesome acts we saw them commit out there in the ring. We saw them hurt, we saw them dominate, we saw them win. Characters are cool and all, but does that really achieve anything unless we see them meaningfully strive towards their goals? What did the Swamp Match achieve? What did it mean? Is Braun really hurt? What really is The Fiend’s goal? We don’t know any of that. All we know is that spooky Bray man did some spooky things… and that does nothing for me.

Right now to me The Fiend is nothing but a LARP, a Bray Wyatt insert into the world of DC supervillainy. A joke. I do not want to see him get beat up because he’s evil or a world class heel, I want to see him get beat up because he’s a geek. The sooner a big jock comes and smashes his face in for being such a creepy little woman-bothering weirdo the better. It shouldn’t be that hard: he’s got a great look and the lore for the character is there, but at some point you have to extend further than that. It can’t always be “he touches the man and they become different” or some other abstract BS. I know wrestling can be anything – if you’ve ready my previous articles you’d see that I certainly understand that – but for me, I’d rather it be something with substance.

Thank you all once again for joining me here on BodySlam.net, I hope you enjoyed reading my thoughts on The Fiend character. If you have anything to chip in yourself follow me over on Twitter @ChatChatterson and let’s get a dialogue going, I’m good patter. Please make sure and share this article with your friends and as always I’ll see you in the next one.

The post The Fiend: A 2005 Goth Kid’s Dream appeared first on BodySlam.net.