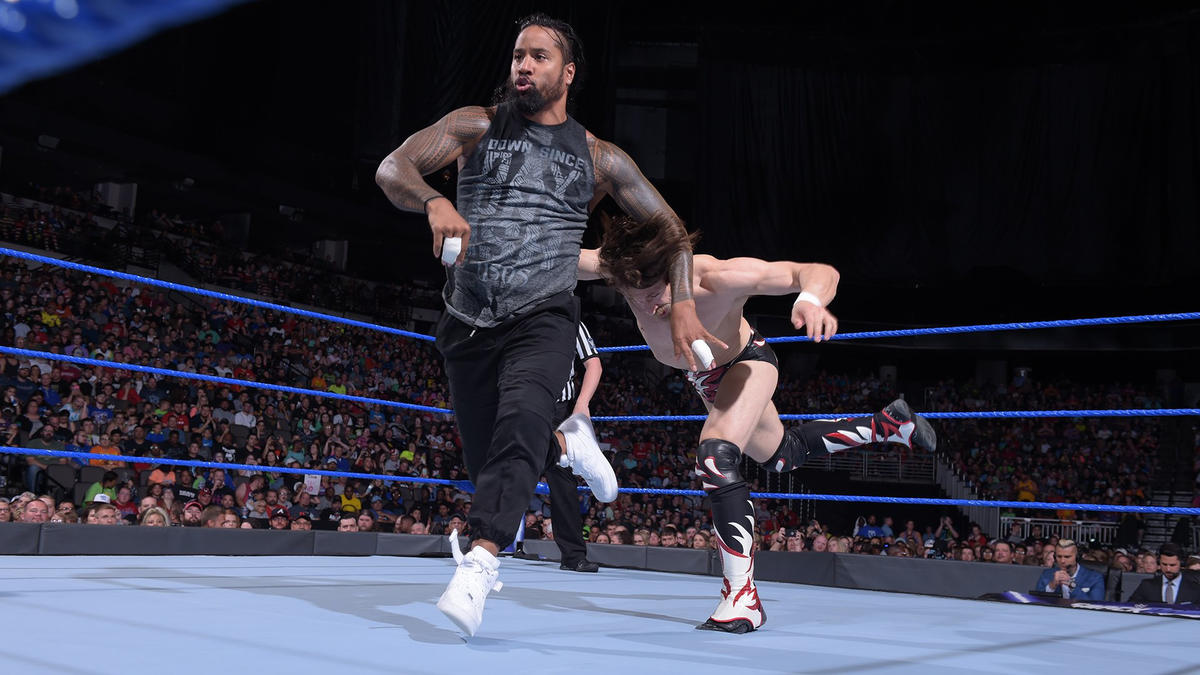 With the stakes as high as could be for The Usos, Jimmy & Jey took on Team Hell No with a place in the SmackDown Tag Team Championship Match at WWE Extreme Rules on the line for them if they could prevail.

The two legendary tag teams went all out in a hard-hitting thriller that absolutely captivated the WWE Universe. As the match progressed, Jimmy & Jey caught fire, kept The “Yes!” Man down and continued to apply the pressure with high-impact offense. However, showing no rust at all, Daniel Bryan and Kane fought back, and when Kane incredibly caught both Usos in Chokeslam position from his back, Bryan knocked out Jimmy with the Running Knee, and The Big Red Machine connected with the Chokeslam on Jey for the win.

Team Hell No couldn’t bask in their victory as much as they would’ve liked, however, as their celebratory “Yes!” chant was cut short when The Bludgeon Brothers arrived at the top of the stage, staring holes into Bryan and Kane and reminding them of the challenge that awaits them at WWE Extreme Rules.