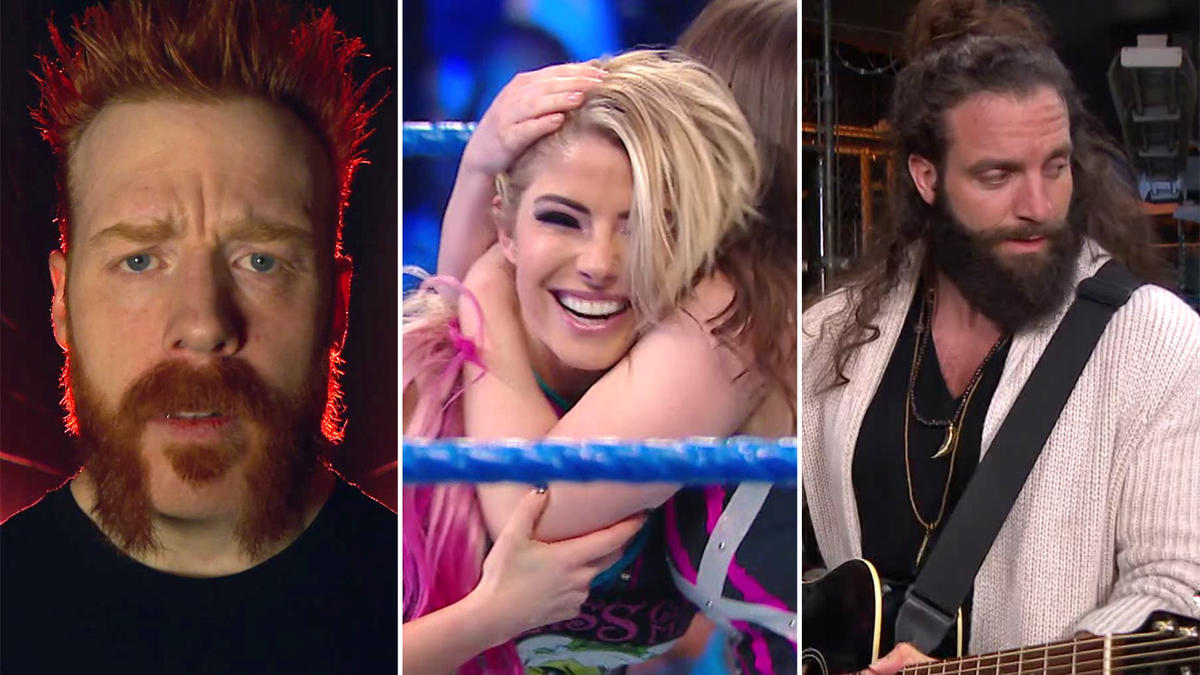 Homecomings ruled the night on SmackDown this past Friday with several Superstars returning to the fold.

Perhaps none made a bigger impact than former SmackDown Women’s Champion Alexa Bliss, who provided backup when tag team partner Nikki Cross needed it most. Little Miss Bliss dashed out to the ring to save SmackDown’s Twisted Sister from a two-on-one assault at the hands of Fire & Desire after Cross defeated Sonya Deville.

EXCLUSIVE: After a shoulder injury to @AlexaBliss_WWE, @NikkiCrossWWE is ecstatic for the return of her tag team partner, and both declare how thankful they are to be back in action together. #SmackDown pic.twitter.com/LRPPrMZc4y

Elsewhere, Drake Maverick’s attempt to lure Dana Brooke under the mistletoe was interrupted by Elias, who proceeded to strum a tune that made a punchline out of Maverick’s overture.

Without a doubt, the most foreboding return was by none other than Sheamus, who deemed the current state of SmackDown “pathetic” and derided several blue brand Superstars by name. The Celtic Warrior certainly appears to mean business after promising to ravage anyone who stands in his way.