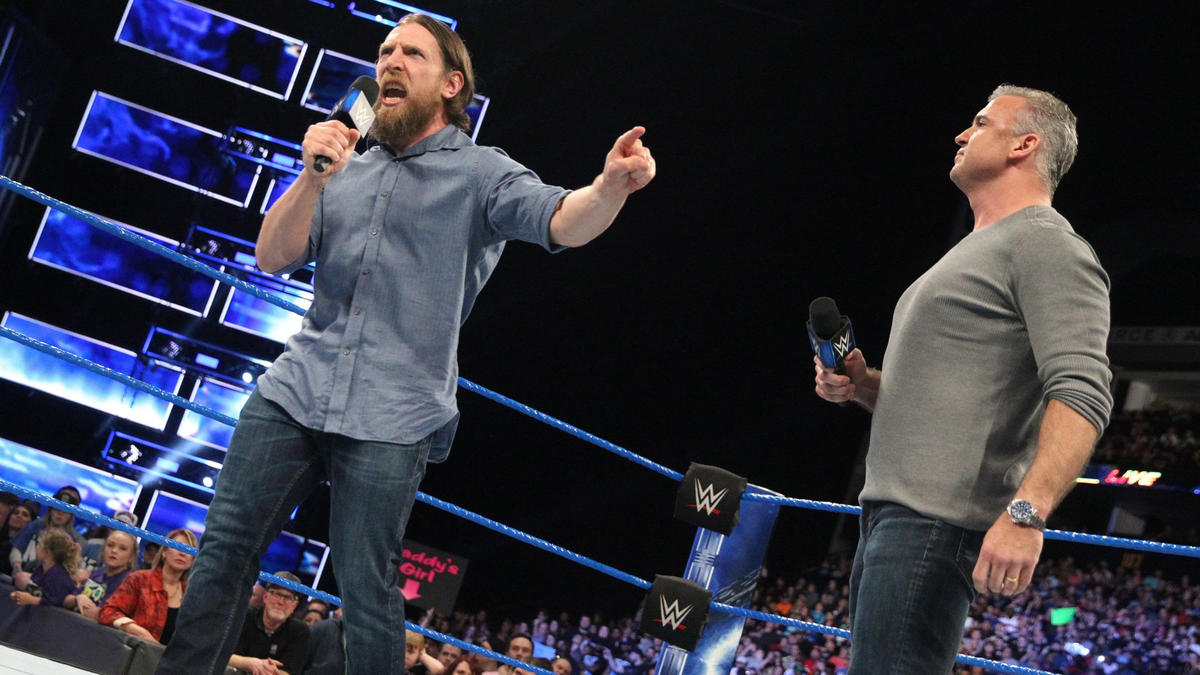 NASHVILLE, Tenn. — After a rough several weeks following the savage attack he suffered at the hands of Kevin Owens & Sami Zayn, SmackDown LIVE Commissioner Shane McMahon returned to the blue brand focused on his and Daniel Bryan’s tag team match against The “Yep!” Movement this Sunday at WrestleMania. Shane, of course, suffered multiple injuries during the attack and was diagnosed with an acute case of diverticulitis and an umbilical hernia.

Shane-O-Mac and Bryan buried the hatchet over their misunderstandings during these tumultuous months, as Owens & Zayn had tried to divide them. Shane and Bryan even opted to hug it out! The two view Sunday as a chance to get much-deserved retribution on Kevin & Sami after all they have put them through and finally rid SmackDown LIVE of The “Yep!” Movement once and for all.