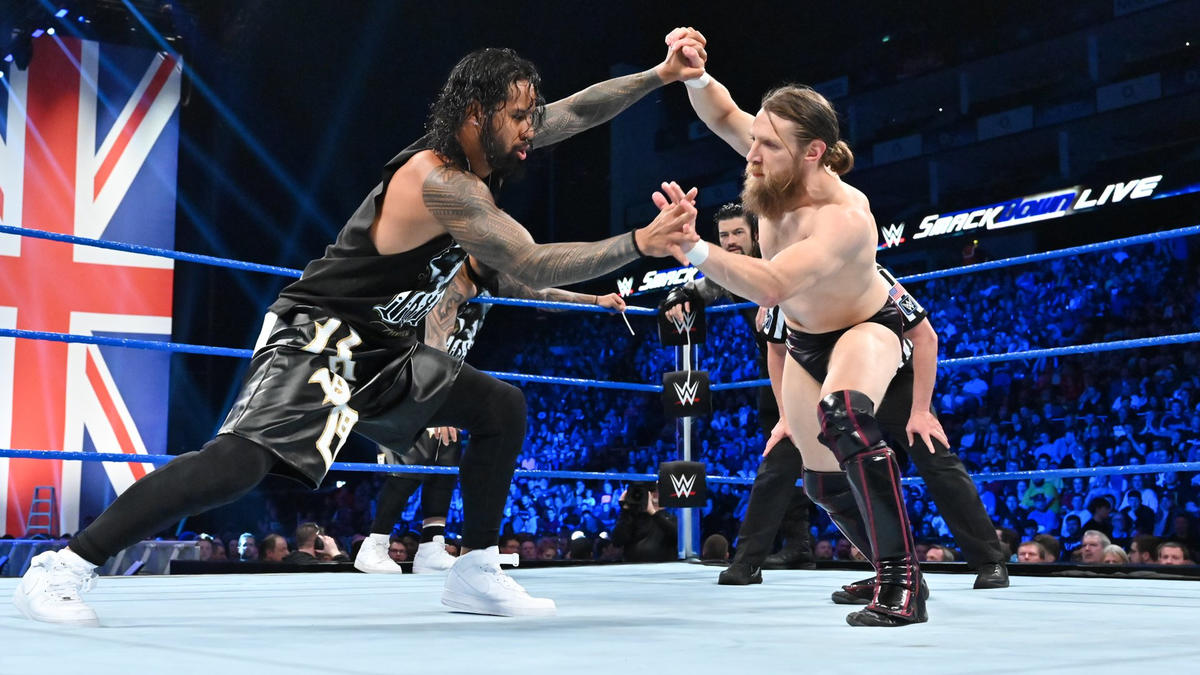 After The Usos of Raw used the Wild Card Rule to come to the aid of Roman Reigns and sparked a brouhaha with Shane McMahon, Elias, and SmackDown Tag Team Champions Daniel Bryan & Rowan, Shane decreed that all seven Superstars would run it back in a 4-on-3 Handicap Match. Noticeable by his absence was The Miz, who Shane barred from ringside earlier in the evening, saying that if The A-Lister showed up during the Handicap Match, Shane would immediately cancel their Steel Cage Match this Sunday at WWE Money in the Bank.

When Jey Uso tweaked his ankle after missing a high-risk maneuver, the foursome took advantage of their numbers advantage, with Shane-O-Mac wearing down Jey and the rest of the squad following suit.

Despite absorbing tremendous punishment from his opponents, Jey rallied back and dropped Shane with a pinpoint kick before finding the energy to tag a fresh Big Dog into the matchup. Reigns unloaded on Bryan and eventually tagged in Jimmy, which allowed The Usos to run wild. A flurry of action saw Bryan connect with his Running Knee and Reigns level Rowan with a Superman Punch on the outside. During the melee, Jey Uso found himself in prime position to be hit with Shane’s Coast-to-Coast that secured the victory for the quartet.

Shane seemed ready to continue the attack after the bell, but The Miz put a stop to any such thing when he dashed out with a steel chair to even the odds for Reigns & The Usos, clearing the ring of Shane, Elias, Bryan and Rowan. There will be no escape for Shane this Sunday though, when he and Miz are locked inside the confines of a Steel Cage.
Article source: WWE.com