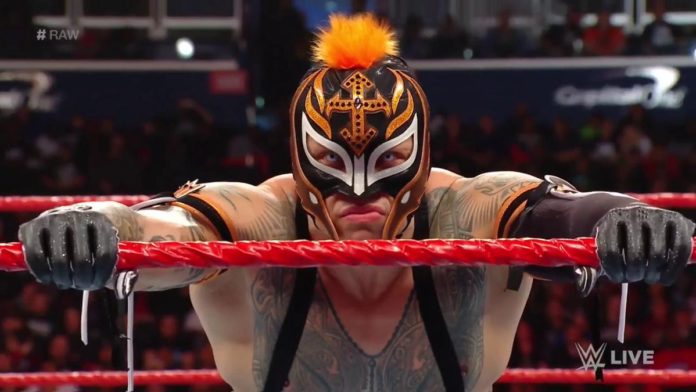 This year’s WrestleMania will be different from usual. It will be taking place over two days and it will not have a live audience. The company will be taping the event this week. It seems Rey Mysterio might not be competing in the event.

On Wrestling Observer Radio, Dave Meltzer revealed WWE had other plans for Andrade instead of the RAW Tag Team Title match at WrestleMania. He said that he might have had a match against Rey Mysterio at the show of shows, but that will not happen anymore.

“There were a lot of different ideas, multiple different ideas for U.S. Title matches. From last week, the main idea was probably going to be Andrade and Rey. Rey is also in quarantine so he’s off the show. You got to be safe rather than sorry for sure.”

We hope he will be okay and due to his WWE contract status, he might have missed out on his last WrestleMania.

h/t to Wrestling News for the transcription.

The post Rey Mysterio Is Under Quarantine appeared first on BodySlam.net.