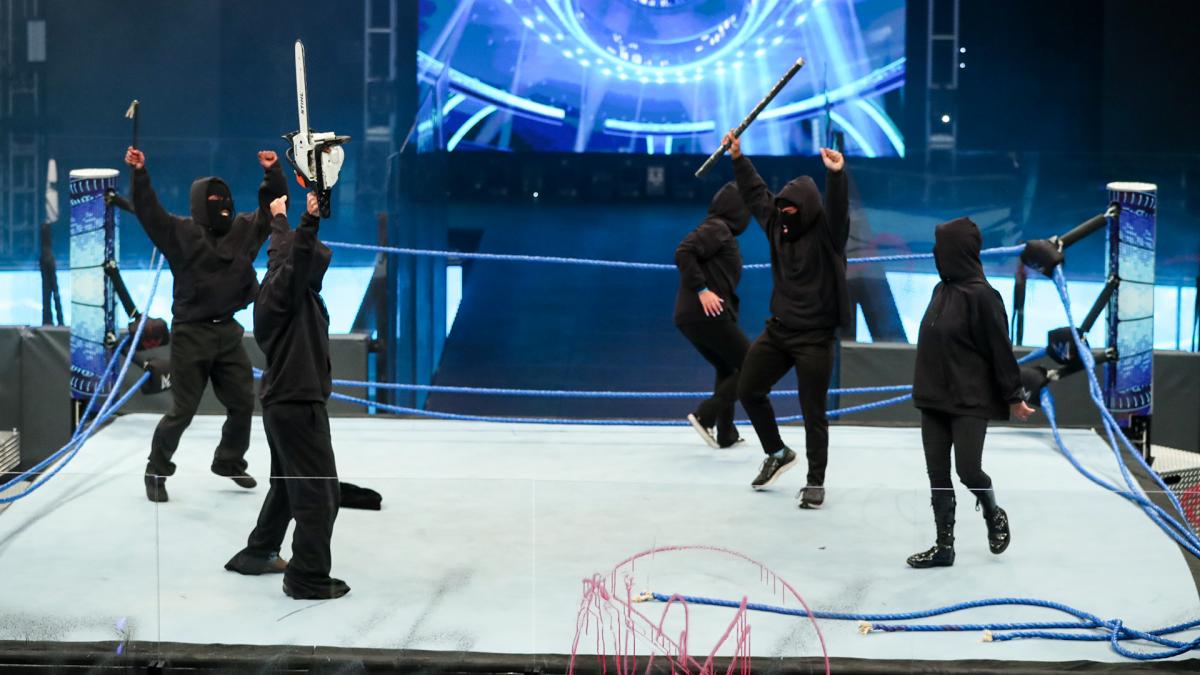 The RETRIBUTION angle is dull. A group of faceless thugs running roughshod over the WWE should be an exciting concept, but right now its execution is lacking. We’ve seen the unknown stable mess with some lights and boxes, tear up the ring and beat up the audience, attack Big E and JoMo and finally cause some heck in the production truck… and even after all of that, we still have no idea who they are or what they want. We have no connection to any of the people involved because we don’t know who they are. We’ve been given no clue as to what their end goal really is.

When The Nexus (or against us!1!!) debuted, even though it was out of the blue, it mattered because you could still garner some idea as to what they were about and what the point was. You knew who the members were and you connected with them because of their time on Wipeout, sorry, Original NXT. You felt for them because many of them had been tossed to the side and labelled “not good enough” for the WWE even though some clearly were. Hi Daniel Bryan.

Still, they want this group to be secretive and mysterious, right? That’s the point. So how do we do this in a way that actually makes them interesting? Firstly, you could start by looking at the Hacker storyline that was cut short earlier this year. The Hacker had a message, was messing with the show in subtle yet noticeable ways, got involved with storylines and also provided an angle in which people thought they had a good chance to work out who they were in the form of the voice manipulation. The utilization of video packages, the leaking of information and the presentation was interesting and gave the illusion that there was something more at play.

We have none of that here. Still, if we were to take a guess on what the underlying story is I think many would say it’s RETRIBUTION vs. The WWE: that the company as a whole are the intended victims rather than any specific superstars. That’s not new, that’s not fresh and it’s not original. Pretty much every big time stable in wrestling history has been about taking over the company or destroying the company. It’s done to death and it’s boring at this stage. There has to be some other motivation there but at this point we’ve not seen it. In fact, we’ve not seen much of anything. How many more NWO-esque angles do we have to see before the dead horse can be buried, instead of taking even more beatings?

That’s not to say the storyline isn’t fixable. Things could be done immediately to add some more excitement and hype to the angle. Firstly, you could have them cause so much chaos that a big name goes to stop them, having most of the group get away but have one unmasked to reveal a very unexpected participant. Secondly, you could have them stage a beatdown that goes “too far” and makes them seem like a despicable force of nature rather than opportunists with stick and run tactics. Thirdly? They could actually hijack the whole show, put matches on of their making and shape the show in their image. Those are just three possibilities off the top of my head and I’m not even working for the WWE. Hey Vince, @ChatChatterson, you know where I am. Shib, they’re leaving the Performance Centre for the Amway Centre for TV right? Have RETRIBUTION literally burn the place down. Anything! Literally anything to inject a little bit more excitement into this angle.

Now I’m not calling for the whole thing to be scrapped. I am interested in seeing where this thing is all going to culminate – but am I actually on the edge of my seat excited? No, and a large part of the fanbase isn’t either. Surely that’s the point of an angle like this: to get people talking and excited? That’s not exactly the reaction I’m feeling right now. Come on WWE, you’re the leading brand in sports entertainment. You can do better.