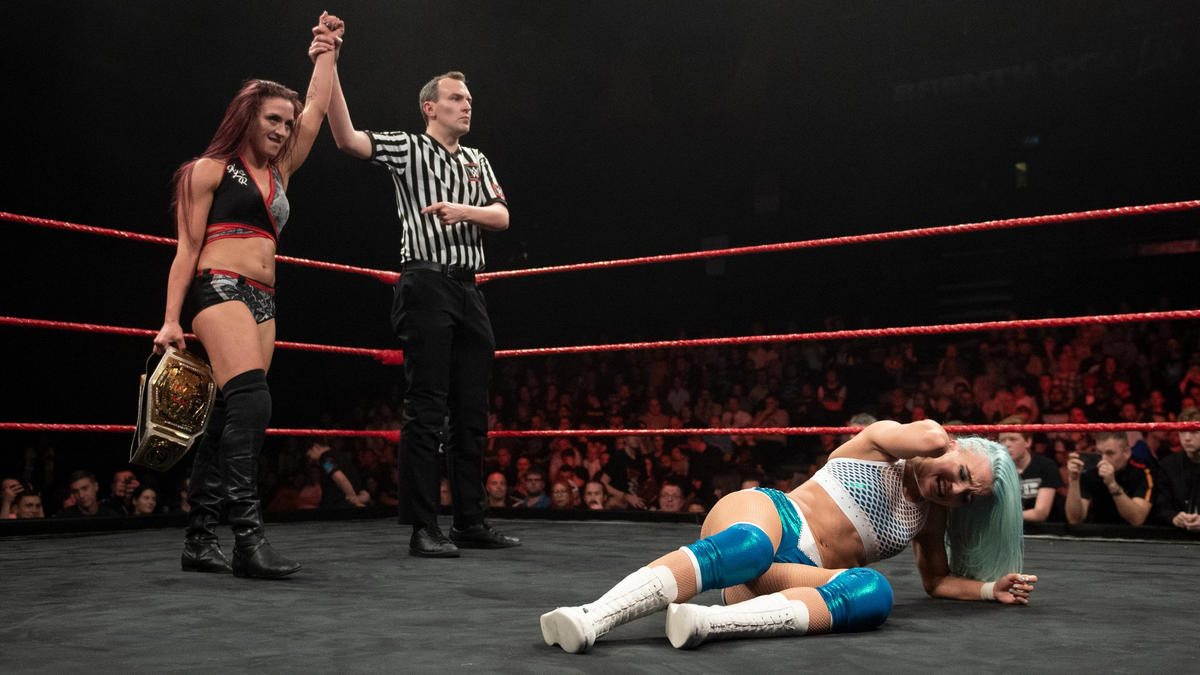 Although months have gone by since the turbulent events of NXT UK’s high-stakes first-ever Women’s Battle Royal, Xia Brookside still came into her match against Kay Lee Ray eager for retribution after the treacherous Scottish competitor cost her an opportunity at the NXT UK Women’s Title at TakeOver: Cardiff.

Despite Brookside’s hard-fought efforts in the subsequent highly personal contest, Ray hit a devastating superkick out of nowhere in the closing seconds to set up the Widows Peak/Gory Bomb combination that would give the titleholder the victory. Once again, the reigning NXT UK Women’s Champion showed why she stands on top of the women’s division.
Article source: WWE.com