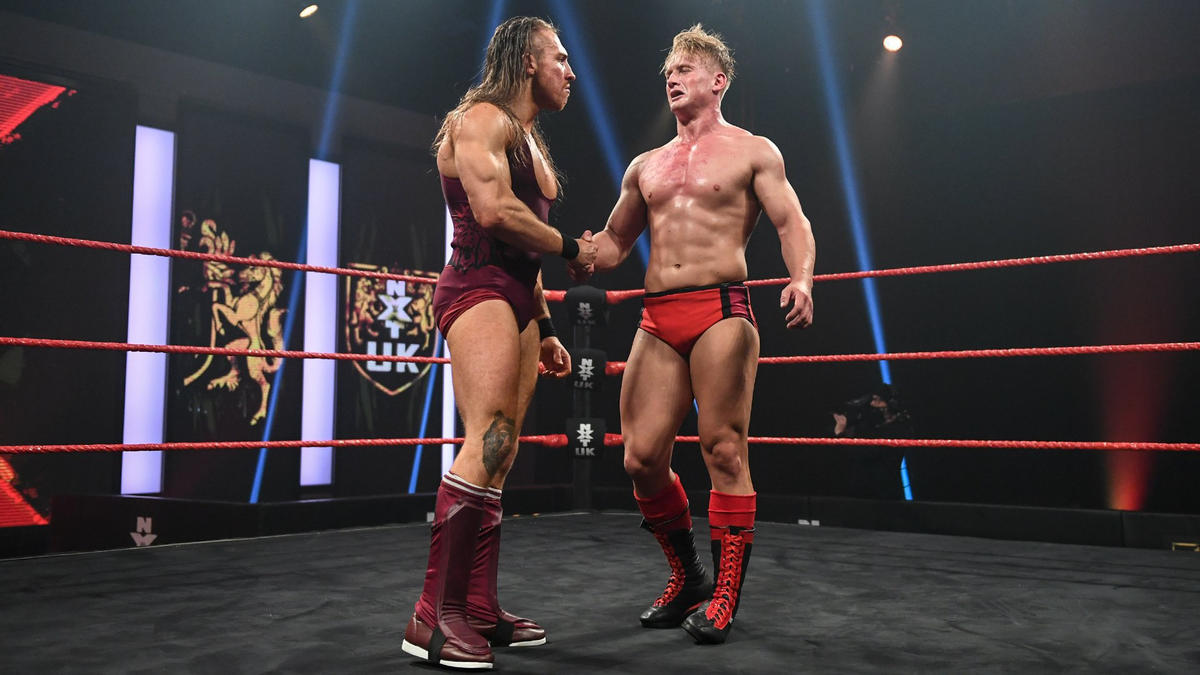 Two of NXT UK’s hardest hitters clashed in exactly the fashion one would expect, exchanging hard strikes throughout, though no falls were scored until the third round. Dave Mastiff became the first Superstar to win a Heritage Cup bout via knockout, as he blasted Joseph Conners with a massive right hand to put him on dream street and advance.

Isla Dawn nearly scored an upset, landing several near-falls against Piper Niven, including a breathtakingly close instance following a top-rope Meteora. Niven fought out of a modified Dragon Sleeper, dropping The White Witch with a high-angle back suplex before connecting with a running corner cannonball and planting her with a Michinoku Driver for the victory.

First NXT UK bout in more than a year. absolute barn burner. with dragunov and dunne forming a dream team of sorts in the bruiserewight’s first NXT UK action in well over a year.

two weeks before they go one on one.