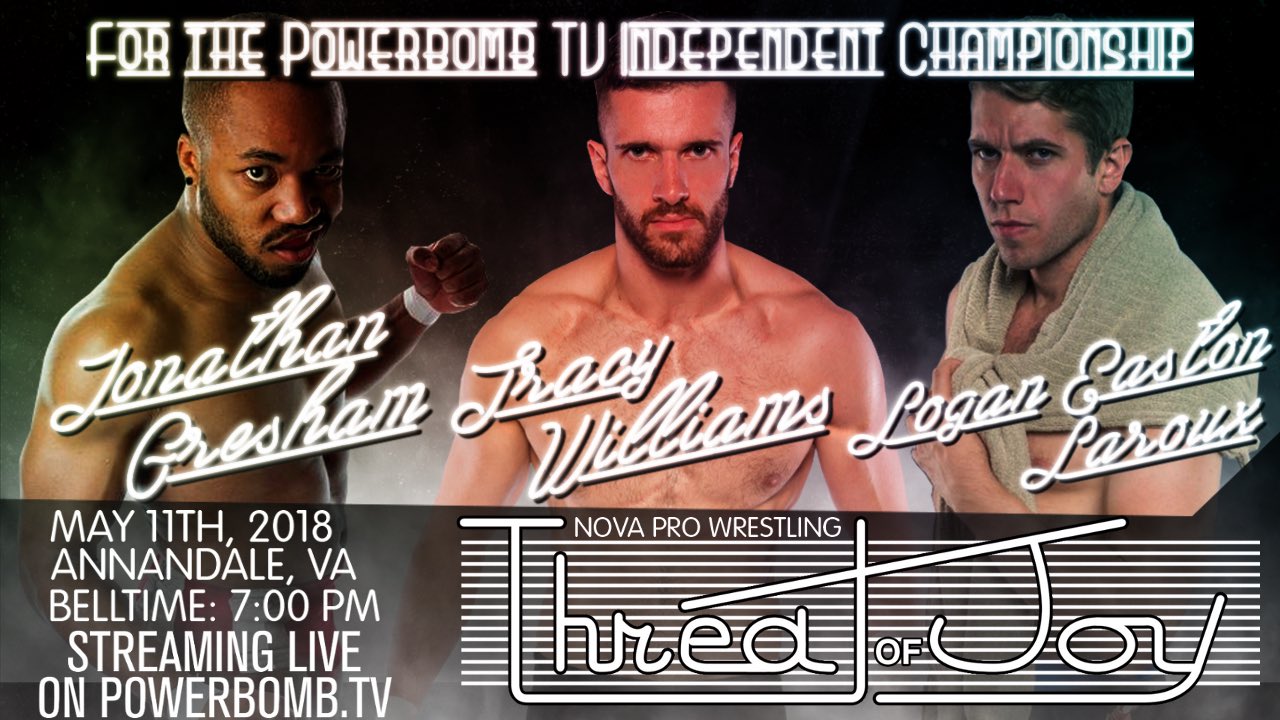 The Main Event of the next @PowerbombTV live stream has been set! Triple Threat Match for the Independent Title as “Hot Sauce” Tracy Williams defends the title against Jonathan Gresham and Logan Easton LaRoux! 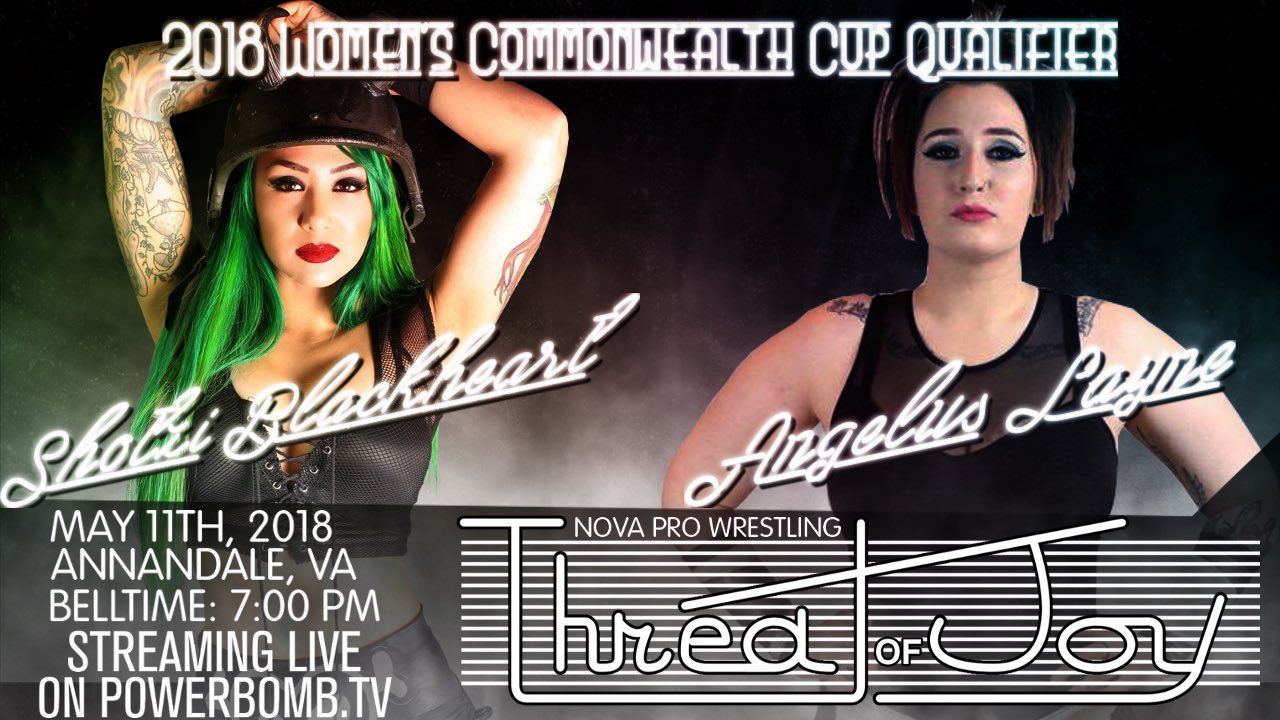 Shotzi Blackheart makes her NOVA Pro debut against Angelus Layne with a spot in the 2018 Women’s #CommonwealthCup on the line!

The Final 2 of the #OldDominonRumble go at it one more time! The “Ace” Arik Royal goes one on one with the “Corporate Captain” Gunner Miller! 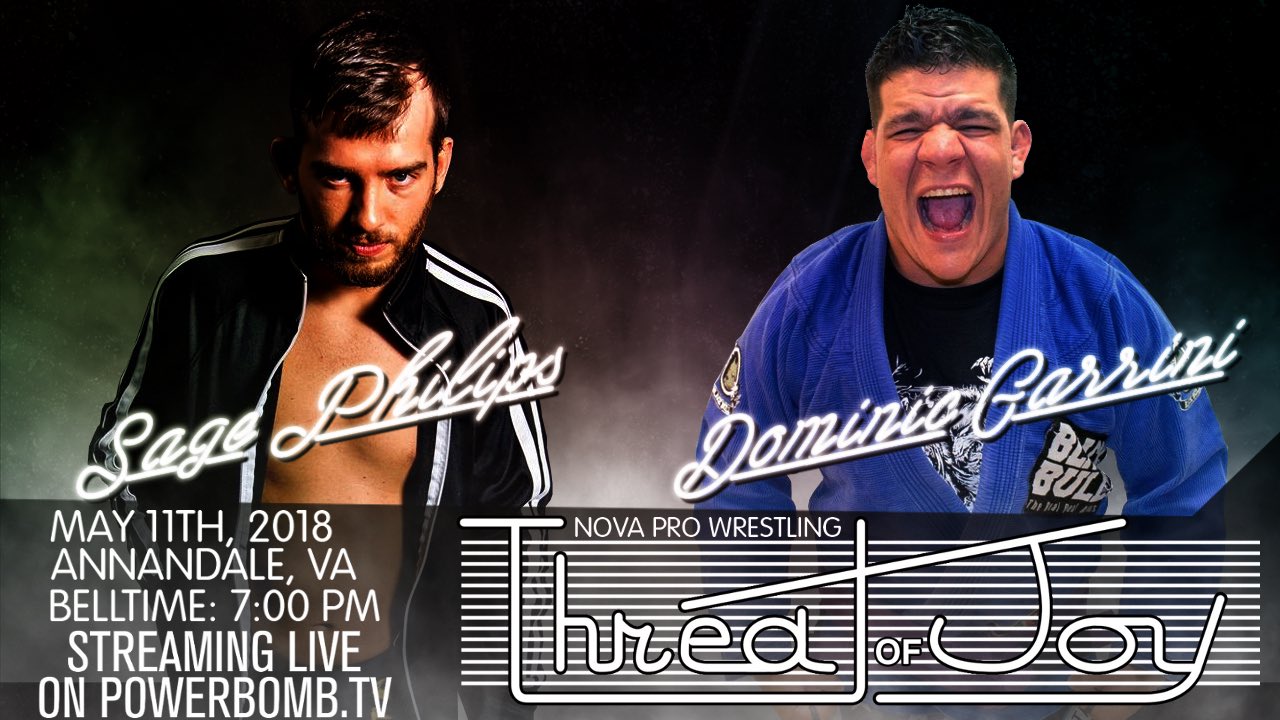 The FINAL SPOT in the 2018 Women’s #CommonwealthCup is on the line! Our resident #bodycat Allie Kat goes one on one with Brittany Blake!

Its a rematch from #CupidsChokehold! The Ugly Ducklings take on The Hooligans!

First Time Ever! Christi Jaynes makes her singles debut as she goes one on one with Jordynne Grace who is trying to gain some momentum going into next month’s #CommonwealthCup

Rickey Shane Page returns to NOVA Pro for the first time since March of last year as he goes one on one with “Safety First” Tim Donst!

First Time in NOVA! Wheeler YUTA will go one on one with Travis Huckabee!

FREE KICK OFF SHOW with a Fatal Four Way featuring four of the top women on the independents today! Solo Darling vs Faye Jackson vs Penelope Ford vs Veda Scott!