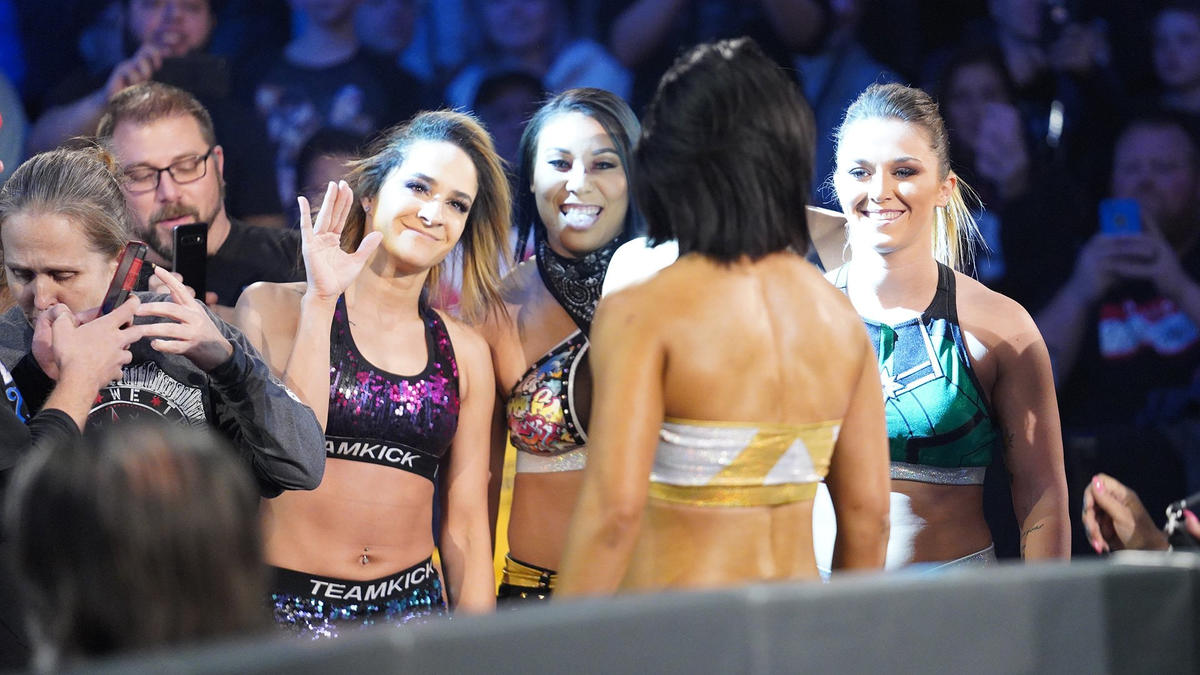 As Survivor Series draws closer, Team SmackDown Captain Sasha Banks opted to set up a match to determine whether Nikki Cross will represent the blue brand in the Women’s Survivor Series Elimination Match by giving her the opportunity to prove herself against SmackDown Women’s Champion Bayley.

Moments after the match began, however, NXT Women’s Champion Shayna Baszler suddenly emerged. When Bayley spotted her fellow titleholder, she decided to call it a day, only to have her exit blocked by NXT’s Rhea Ripley, Mia Yim, Tegan Knox and Dakota Kai.

But just as it was about to once again get ugly for the blue brand, Banks suddenly launched a counterattack on Baszler. Fire & Desire, Carmella, Dana Brooke and Tamina following close behind, igniting an all-out brawl between the two brands. Before NXT could make their exit, The Boss laid down the challenge for an impromptu Eight-Woman Tag Team Match.
Article source: WWE.com