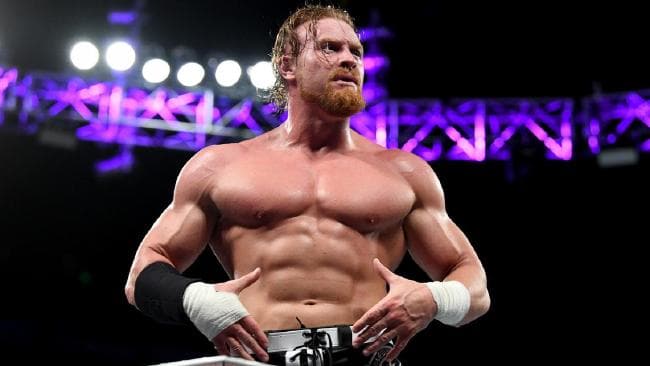 The unofficial nickname of Buddy Murphy is “The Best Kept Secret In Pro Wrestling” and he might be right. Murphy began picking up steam when NXT fans were reporting on the amazing matches he was having at live events with Aleister Black. Murphy then moved to 205 Live where fans were raving about his incredible matches against the top talent of the brand like Cedric Alexander and Mustafa Ali. Upon being moved to SmackDown, Murphy faded away until getting drafted to Raw. His move to Raw began having things fall into place, as he found a role on TV every week as the Disciple of Seth Rollins.

It’s a move he credits to Paul Heyman, Murphy talks about his role with Rollins and his feelings on Heyman on After the Bell with Corey Graves.

“It’s cool to work with him in the ring and to be in the ring with somebody of his caliber. I also got to learn being by his side and seeing it at ringside. I’ve had good matches. I feel like I’m a wrestler’s wrestler. I’ve had my 205 matches which I went out there and I felt like I killed it every time I went out there. Then I went to SmackDown and got lost in the shuffle and accidentally in the background, I wrestled Roman and killed it. I wrestled Bryan the week after that and killed that. I wrestled Ali the week after that and killed that. Then I was off TV and I’m wondering, what’s going on. I feel like I gave two of the best matches of the year back to back and then I’m not seen again. Then Paul Heyman wanted me on Raw and much respect to Paul. He pulled me aside and he said some real kind words to me. He wanted me to come to Raw and asked if there was anything holding me to SmackDown. I said I want to put my best foot forward. I got drafted from SmackDown to Raw last year.”

Murphy made the most of a situation, something he seems to often do. Now looking to be fully broken from Rollins and starting his own ascent as a singles star, Murphy may no longer be the Best Kept Secret.

h/t to Wrestling News for the quote.