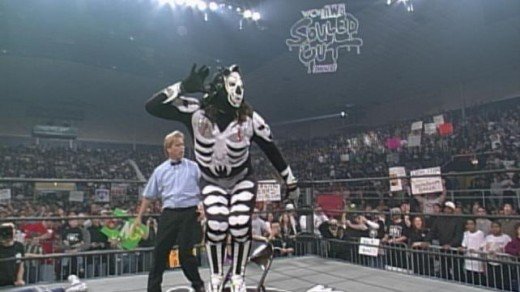 Over the weekend LA Parka passed away at 56 and previously LA Park had to change his name from LA Parka to LA Park so that each superstar can distinguish their identity to prevent confusion.

LA Park was asked on Twitter if he will go back to LA Parka following the death of the star. A fan gave the scenario that LA Park will go back to AAA to reclaim his name:

They will give the opportunity to @laparktapia to return to the #AAA to recover what was originally his, or will continue with the legacy the son of La Parka (QEPD Jesus Alfonso Huerta) who right now tmb fights like Karis La Mummy Jr, just like Jesus Huerta in its beginnings.

LA Park replied back to the fan and stated that nobody will fill LA Parka’s place and that they must respect his name and will not be going as LA Parka.

Nobody is going to fill the place that the triple parka left me or anyone else and the truth must respect that name so that chuy escoboza is never forgotten I do not plan to recover anything I only think that God received him in his holy glory .. in life we fought until donse could ..

The thread of both tweets are attached below as well. A classy move on the park of LA Park to remain has LA Park as a sign of respect.

The post LA Park Will Not Go Back to LA Parka Following LA Parka’s Death appeared first on BodySlam.net.