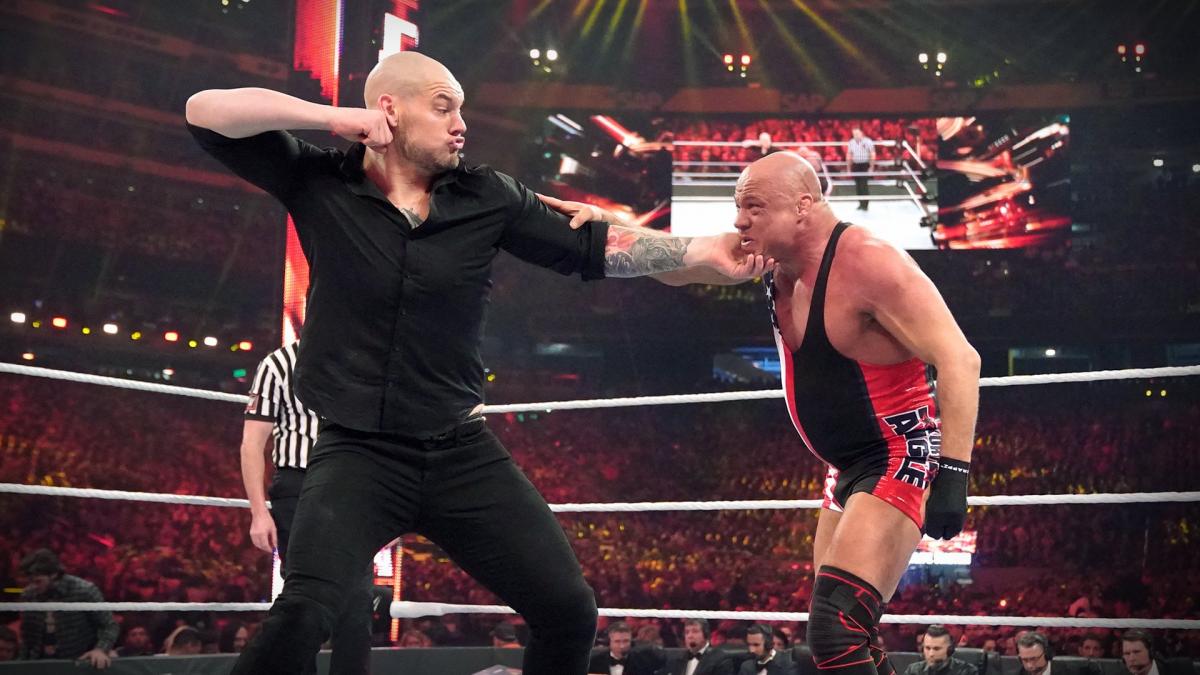 After Kurt Angle had his final match back at WrestleMania 35, Angle took on the role of producer for WWE to help guide talent while they are on camera.

The WWE Hall of Famer spoke to the Chicago Tribune and he discussed his role in WWE along with wanting to help preserve their careers of the talent.

Kurt Angle had the following to say about his role in WWE, along with wanting talent to take less bumps:

“I help structure matches that the talents have. It’s just giving my feedback and evaluating what the wrestlers do,” Angle said. “The most important thing is once you learn the basics, limit your bumping. We only have so many bumps in our career. If you do it excessively at the beginning of your career, you’re going to cut your career short. If you save your body, it will help you enormously.”

Angle also talked about his time as an in-ring talent from his debut in 1999 at Survivor Series up until his departure in 2006:

“For a good five years I was the best there was. I was their workhorse,” he said. “It was really cool to be able to transition and be as good in sports entertainment as I was in Olympic wrestling. I had a lot of people from amateur wrestling (were) telling me not to do it because it was degrading. After WWE came out of the closet in the late 1990s and said, ‘This is entertainment. We’re not wrestling. We’re our own entity,’ I thought it was a good opportunity to step in and show others you can cross over into something else and it’s not going to affect your previous accomplishments. It’s only going to make them better.”