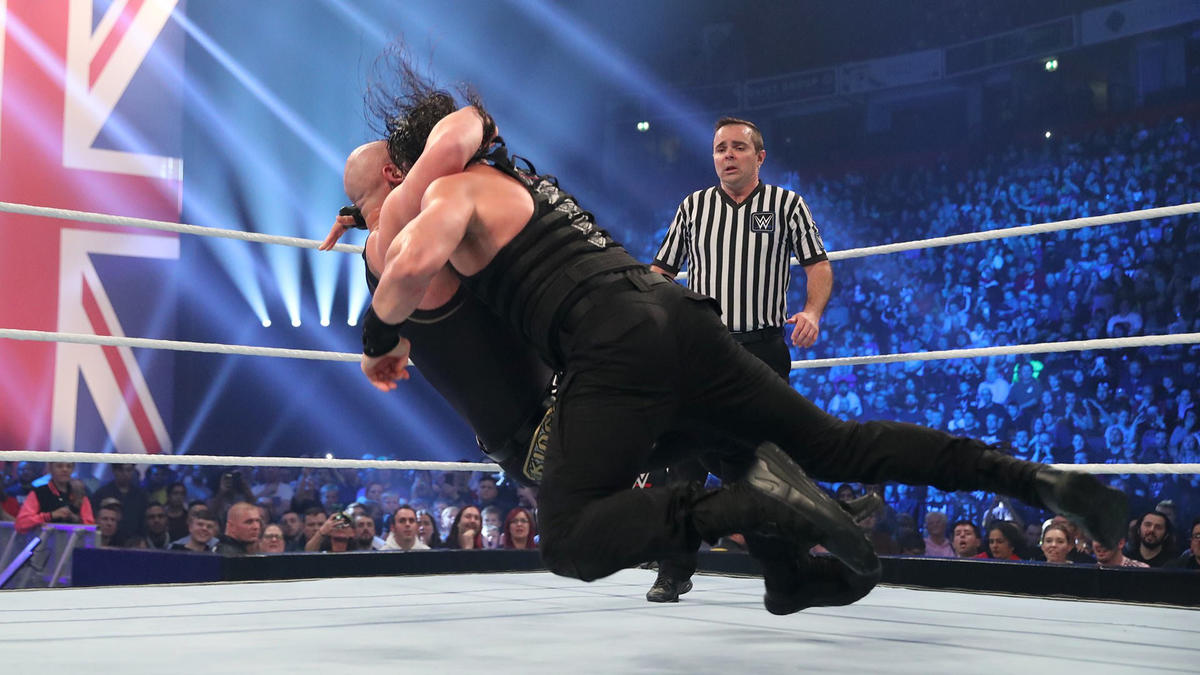 Clearly none too happy with what King Corbin had to say earlier in the night, Roman Reigns took the fight right to Corbin even before the bell rang in this main event matchup.

The Big Dog would continue the onslaught once the match officially got underway, but he had to deal with more than just the King of the Ring, as the tandem of Dolph Ziggler & Robert Roode would make their way to ringside during the contest, prompting Reigns to drop them where they stood.

Now having to keep eyes in the back of his head, The Big Dog would have to deal with Corbin in the ring and Ziggler & Roode when he was outside of it. Reigns would battle through all of it as best he could, but when Ziggler inserted himself into the ring, prompting Reigns to vanquish him with a Spear, The King of the Ring would take advantage of the situation by catching The Big Dog with an emphatic End of Days for a controversial victory in Manchester.
Article source: WWE.com