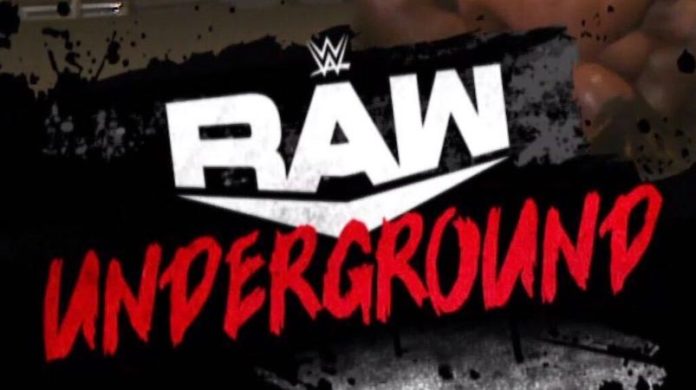 Last night on WWE RAW we were welcomed by Shane McMahon to the first ever installment of RAW Underground, a gritty and roughneck take on Wrestling that was stylised as an underground fight club. With dancing girls shaking their thing off to the side and Shane McMahon commentating the action we saw the official debut of Dabba-Kato, the artist formerly known as Babatunde, who absolutely dominated some unknown members of the Underground alongside monstrous performances from Erik of the Viking Raiders and Dolph Ziggler. The whole thing came to an end for the evening when the Hurt Business showed up and destroyed everyone in sight before Shane let them know they were welcome back to run amok and kick ass anytime.

Even I’ll admit the idea is a little out there but it was most definitely fun and everything that they did made the stars it was focusing on look great. Dabba-Kato looked like an unstoppable monster of a man who would happily go toe to toe with any member of the Underground or the WWE roster without a second thought, hungry for the fight. Erik, who hasn’t had all that much of a chance to show how vicious and ruthless he can be or how skilled he is at it on television, got the chance to do exactly that as he mauled his opponent. Even Dolph Ziggler, who at this stage in his career is an automatic eye roller for me, impressed in the Underground and had me interested in what he was doing. They made all of these guys look capable, they made all of them look like credible and competent wrestlers who even if they were down on their luck in the confines of current storylines were still able to get in the ring and do damage. At no point did they try to pretend this was MMA or Shoot Fighting, that was never said but the allusion to it with how it was produced was enough to give the rub of dangerousness to the segments and the talent competing within them.

That Shoot Fight factor was a reason that many internet commentators didn’t like the segments, the whole thing was likened to the Brawl 4 All tournament or brushed off as the WWE trying to get into fake MMA fights. That isn’t the case at all, RAW Underground is still Pro Wrestling. As I mentioned in my previous Soap Opera and Wrestling and Make Pro Wrestling Casual Again articles, Wrestling is a place to tell any story imaginable from the lighthearted to the deep and hard hitting. The medium is so malleable that you can do that. There is no limit of what can be done within the confines of a Pro Wrestling show and if some wrestlers want to compete in lawless fights for whatever purpose their story dictates then more power to them, let’s do that. There’s no difference to what we saw there than what we’d see at Josh Barnett’s BloodSport or if Brock Lesnar stepped into the ring with a jobber, a straight up murdering. Now within the confines of RAW Underground any WWE Superstar can be made to look as ruthless and dominating as Brock Lesnar.

As well as that WWE Superstars need to be given a chance to become bigger than Pro Wrestling, they need the chance to be the selling point and reason that people are tuning in to see the shows, not just because it’s the WWE. While their toughness and physical ability is only one part of the package that needs to be put together for them to get there, I have no problem admitting that what I saw last night made me more of an Erik supporter. Seeing him as that tougher than nails beast, that absolute specimen, opened my eyes to him more than they were previously. It’s little things like that which help build a talent up in the eyes of many viewers. Just look at Bret Hart, he was so over because he took wrestling seriously and completely believed that when he said he was the Best There Is, the Best There Was and the Best There Ever Will Be there was nobody that could dispute it. He could wrestle. Forget promos, forget flash, forget pomp and circumstance. He was the man and every time he proved it the people loved him more and more. RAW Underground can be the place where modern stars can prove that no matter their spot, they are to be taken seriously in that regard at least.

Now don’t get me wrong, I know we’re only one week in and anything can happen with the format. It could fall on its face and it could suck. I’m not going to lie to you and say that it’s guaranteed to be all sunshine and roses, the hottest new thing in Pro-Wrestling. All I am saying is that utilized in the right way, booked properly and given the right direction that it could be a very prominent tool in creating some great television and giving an edge to the talents that get involved. Don’t bury it before it’s even begun, you wanted different? This is different, for now let’s not put RAW Underground six feet under ground.

Thank you all once again for joining me here on BodySlam.net, I hope you enjoyed reading my thoughts on RAW Underground and if you have anything to chip in yourself follow me over on Twitter @ChatChatterson and let’s get a dialogue going. Please make sure and share this article with your friends and as always I’ll see you in the next one.