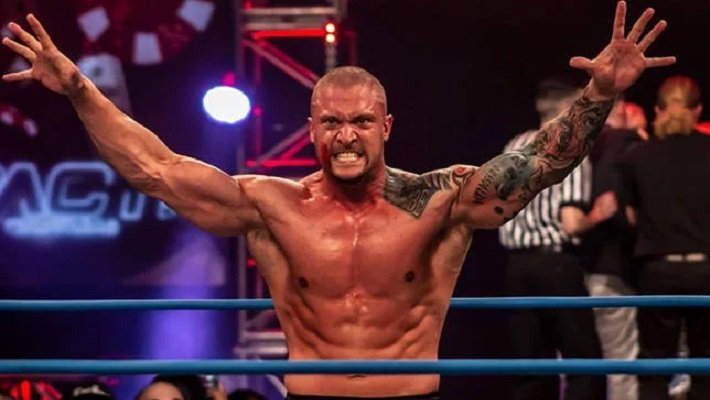 During a recent appearance on the “Gorilla Position” podcast, NXT phenomenom Karrion Kross commented on who he believes to have the best pro wrestling entrance of all-time and who he would like to face at WrestleMania one day, amongst other things. You can check out some highlights from the interview below:

On who has the best entrance of all time:

“I think The Undertaker probably has the best entrance of all time, and I’ve said it before as well, I feel like ‘Taker has always had his own gravity. I feel also one of the reasons why it was the best entrance of all time is because its not necessarily for his time period, just a general pro-wrestling entrance, it wasn’t like his music hit and the guy walks down to the ring. It was something that transcended where we were at at that time watching as viewers. It was completely different. I think his entrance even appealed to mainstream entertainment.”

On his dream WrestleMania opponents:

“I would definitely say Brock Lesnar. I respectfully don’t know if, in my opinion, he [Brock] would be the measuring stick so much as maybe The Rock would be the measuring stick, and I say that because in terms of generating attention and interest, I think maybe he’s the highest paid actor in Hollywood, I think I read that somewhere. He came from here. If someone wants to emulate the absolute, most success you can find in this business, I’d probably say The Rock is definitely the guy. Selfishly, Brock Lesnar and The Rock would be my perfect, ideal WrestleMania matches.”

The post Karrion Kross On The Undertaker & Who He Wants To Face At WrestleMania appeared first on BodySlam.net.