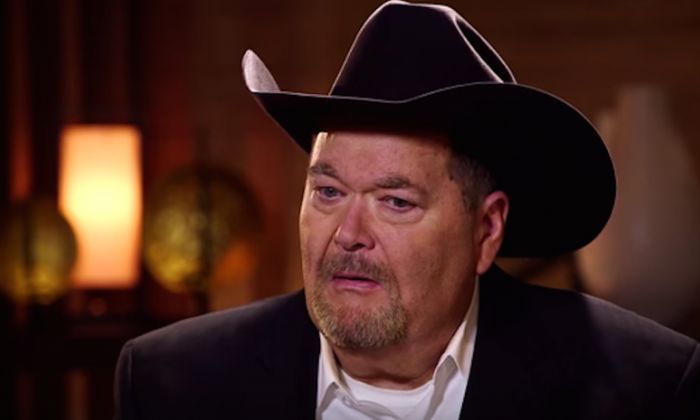 During the latest edition of his “Grilling JR” podcast, WWE Hall of Famer and AEW commentator Jim Ross commented on the McMahon family firing him on an episode of RAW in 2005, and more. You can check out some highlights from the interview below:

On the McMahon family firing him on an episode of RAW in 2005 and Vince McMahon’s personal animosity towards him:

“I think I closed the show a few other times because the fans gave a shit. They cared about me, and I loved them for it – I still love them for it. They watch every Wednesday night, and that’s why I’m happy to be a part of this team with AEW because Tony Khan doesn’t have that same mindset. He respects my work. I think at some point, Vince just didn’t respect my work and he wanted to make a change, and he could certainly make a change argumentatively by saying ‘We’re gonna get younger, we’re gonna enter a new phase, we’re gonna get it a new start back on USA.’ I never did understand that. That’s where my angst was about that deal. Was it really business or was there some personal seasoning factored into that deal? I am of the belief there was some personal animosity involved in it, and never knowing why. I didn’t do anything but work my ass off for the guy. We talked about the talents on this show – who signed those guys? Vince didn’t, I did because I had a great team surrounding talent relations.

“So, it was always a head-scratcher, and it got frustrating. I still don’t understand it to this day why that was there because he had to go back and restart things. I think Hunter even fired me one time. So, it got to be old…..how many are you gonna see before it stops being special? I just thought it was kind of a personal thing. He enjoyed it, the writers I think enjoyed presenting him with those types of opportunities because they knew he loved the misery that he could inflict because I gave a damn. To me, it just wasn’t a job – just like it is today working for AEW, it’s not just a job……I don’t need to work, I love to work. It’s not a job to me, it’s my life……did it have to be done in such a personal way?”

On the angle itself and getting kicked in the groin by Linda McMahon:

“It was more than just a piece of creative to close the show. It was to signify ‘You’re done.’ That really broke my heart – to be done. I’m not ready to be done today, I wasn’t ready to be done in 2005 – 15 years ago, that was the funeral for JR and it didn’t take. At the end of the day, my career has been a blessing, and more than I ever thought it could be…..I paid my dues. That was just a bad day at the office. I still believe it was personally oriented, but be that as it may, he’s the boss. I took his money and I cashed his checks. I think on this show, I earned my money. The facials were OK, I sold the slap. I took a bump on the slap. I took another bump on the nut shot. That’s just part of the presentation. I wanted to deliver the goods as a professional. I wanted to be professional.”

I was never a fan of seeing JR getting fired. It always felt a bit awkward watching. To hear JR speak on the subject, you can tell he wasn’t happy with it either.

Thanks for reading. You can check me out on Twitter @garytait1.