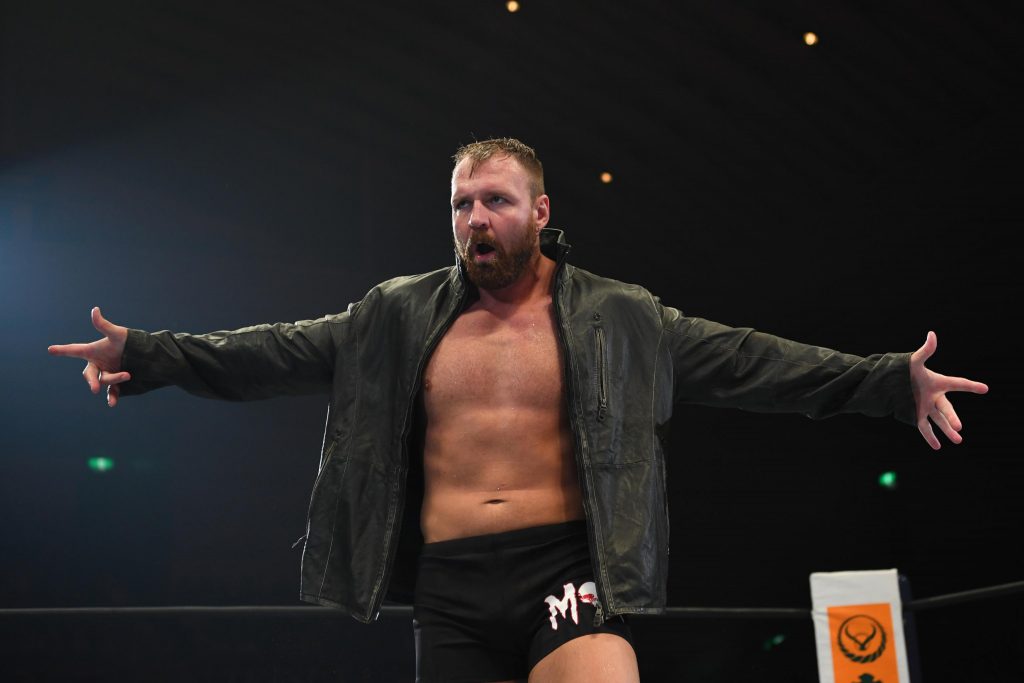 Jon Moxley recently spoke to AEW interviewer, Chris Van Vliet and talked about a number of topics but most specifically his debut in All Elite Wrestling.

Jon Moxley said the following about Double or Nothing, the night he debuted for AEW:

“That was a great moment for me, because it was just kind of like a release, like, finally, you can just relax and I’m back and here we go and we’re off to the races,because I’d been just kind of silent for months and months as these rumors came out that I was leaving or whatever, and I didn’t say anything. And there was a bunch of… it was really awkward the last few months. It was awkward. Nobody in the locker room didn’t even know people would be like ‘is it a work? Are you really leaving. What’s going on? Are you leaving?’ And I’m like, ‘I don’t know,’ I just kept quiet. I didn’t sell it until literally anybody anything, even when at first was gonna leave, you know, AEW wasn’t even a thing yet.”

After leaving WWE, Moxley stated that wrestling in Japan was the only thing he knew for certain would have happened.

“Not exactly. Just wherever the wind blows. Definitely Japan, [the] independents. You know, I know I was kind of just I was scanning out the scene. But pretty quickly, AEW kind of came along. It was still top secret and I was like, that’s pretty cool. That’s pretty sick. Alright.”

Jon Moxley also spoke about why he was so quiet regarding his departure in WWE.

“I wanted people to wonder, like, is he going to show up at Ring Of Honor, IMPACT, or AEW, or New Japan or WWE. Is he gonna come back? I wanted people to have no idea. And I think it was pretty effective. But the payoff to the video ultimately was [I] pop out [at] Double or Nothing. And everybody instantly got it. They knew I’m Jon Moxley now. They were chanting my name not like, they weren’t chanting like ‘Shield’ or anything. It was just a totally fresh, new start instantly out of the gate. And AEW is now off to the races. So they just the timing of it all was just crazy, just serendipitous.”

Lastly, Jon Moxley was asked if he misses any part of being Dean Ambrose like in WWE:

“Nothing I didn’t take with me. The parts of that character, so to speak, that were good and are still with me, you know?”

Credit to Chris Van Vliet and H/T to Fightful for the transcription.