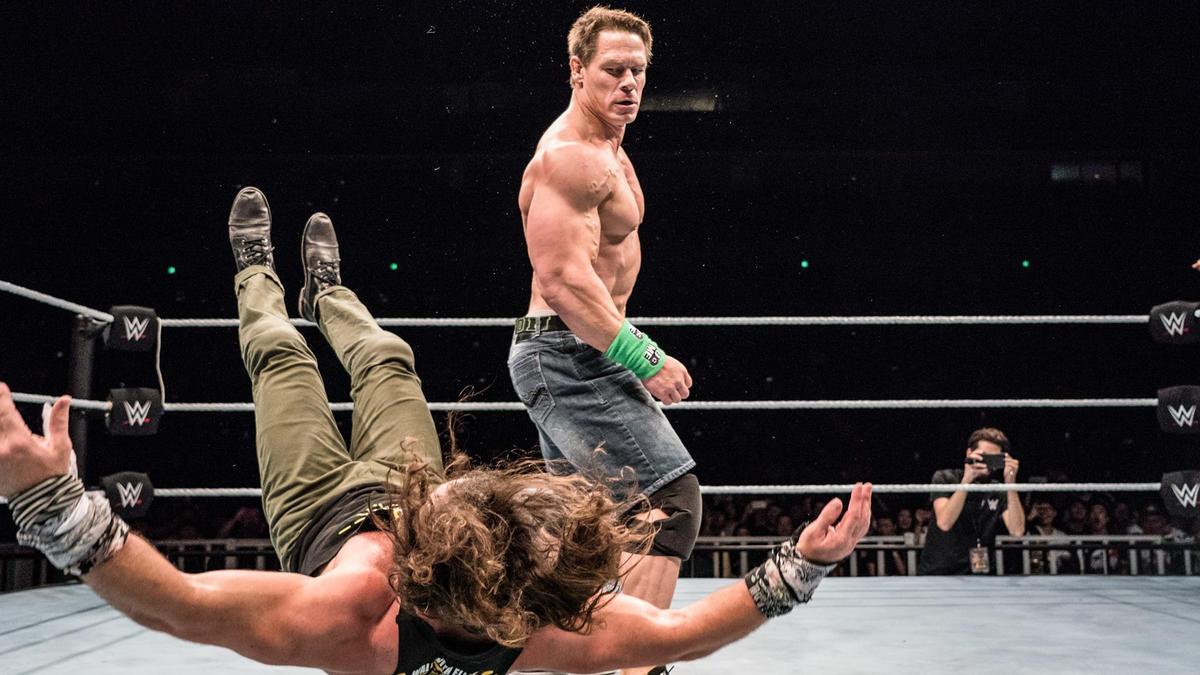 Throughout his career, John Cena has boldly told his adversaries, “You Can’t See Me.” Well, his “Sixth Move of Doom” — a move he has teased about since announcing he would appear at WWE’s Live Event in Shanghai, China — backs up that claim in a way his fellow Superstars and the WWE Universe didn’t expect.

Cena’s return to WWE in-ring competition during WWE Live in Shanghai proved victorious for himself, Bobby Lashley and Finn Bálor in Six-Man Tag Team action when he unleashed the newest addition to his arsenal, the Lightning Fist. Check it out below, but be sure to keep your eyes peeled; if you blink, you, like Elias, won’t see it coming.