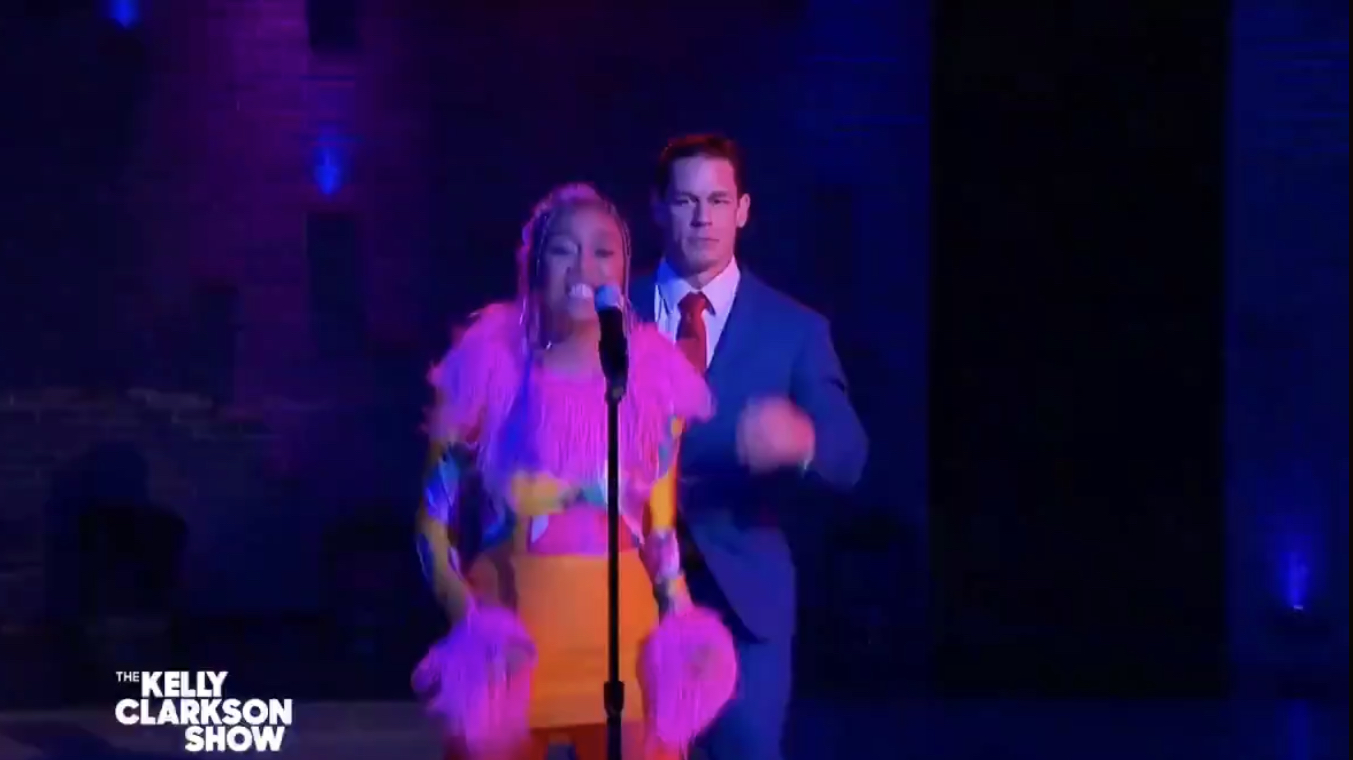 John Cena has stepped away from wrestling to focus on his acting career. While starring in a slew of movies and a featured voice actor, John Cena has kept busy as an entertainer.

Even though he isn’t wrestling anymore, he still is heavily remembered for his time in the squared circle. Doing the “You Can’t See Me” taunt is still something John does.

John Cena recently posted a picture of Sho Madjozi on his Instagram with no comment or anything, which seemed to drive Madjozi wild.

Sho Madjozi is a 27 year old South African rapper who has gained notoriety over the last couple years. African music seems to be rising in popularity similar to the way K-Pop did 5 years ago. Sho is a big wrestling fan and when she appeared on the Kelly Clarkson show she spoke about her love for John Cena. Someone on Twitter was able to catch part of the performance and Sho’s reaction when John showed up mid performance.