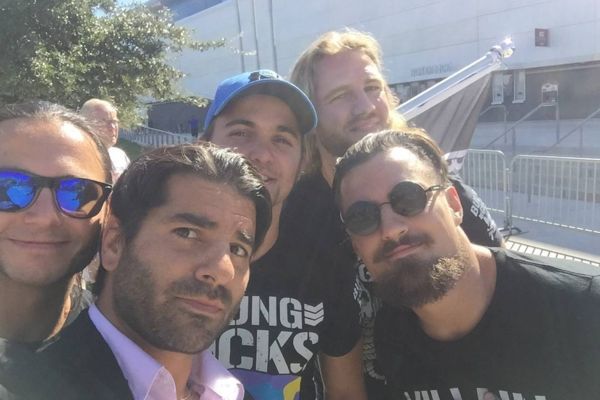 Jimmy Jacobs recently spoke with Jeffrey Harris of 411 Wrestling Interviews at Impact’s Media Day and Jacobs talked about his time in WWE and what it was like working for Vince McMahon.

Jacobs had the following to say about if he felt like he was banging his head onto a brick wall while in WWE:

“No because, I don’t want to say I didn’t care, but I don’t have that same drive that a guy like [CM] Punk does where I need to do this, or need to be on top, or need whatever. I don’t ‘need’ anything. It was frustrating working there in certain ways. It did not help my confidence, working there a lot. By the last few months I was there, I felt like I could barely put a sentence together in front of the crazy man [Vince]. It was difficult sometimes. It wasn’t an environment that seems to be conducive to growth, to creativity, to people feel good about themselves, to confidence. All that sort of stuff, you know. All these people tend to be sort of demoralized there.”

Jimmy Jacobs also gave some truth to the fact of Vince McMahon tearing up scripts if he didn’t like them:

“Yeah, of course, yeah. When you say that’s rumor, it’s like, ‘No, that’s [fact]. I won’t say it’s every week. It’s like, you go there, and everything is, [imitating Vince] ‘God, it’s just words on paper.’ So you go into that production meeting, somebody might say ‘Oh sir, I don’t know if we should do this.’ [Vince will say] ‘Ah, good point.’ So nothing’s off the table, everything can be changed. It’s just a matter of how much it changes. Sometimes it is a lot. Sometimes it’s like, ‘Oh man, he blew up this entire show and we have to scramble to put this together.’

Lastly Jacobs was asked if he sneezed in front of Vince and had the following to say:

“Yes, yes. So I heard the rumors, right? I heard the rumors. And so for a long time, I would just stuff a sneeze in front of him. I remember being in a room slightly bigger than this table, and we’re going over stuff. And I would just stuff it. And you don’t know if you can stuff a sneeze until you’re in front of Vince McMahon and you go, ‘I can’t sneeze in front of him.’ And then, the first time I saw someone sneeze in front of him was Hunter. Triple H. And they’re at a table and Hunter’s at one end, and Vince is at another. And Hunter sneezes. And then [Vince] just goes, ‘Oh, god!’ And he just pulls down this imaginary curtain or something. This protective shield to like, keep the germs away from him. ‘God, gosh!’ So, fast forward, it’s toward the end of his time there. And I’m sitting next to Adam Pearce in the production meeting and I sneeze. I tried to stuff it, but it came out. It wasn’t like a whole [full sneeze] but it came out. And Vince just goes, ‘Oh, god! Adam, you might wanna put your shield down!’”

Credit the 411 Wrestling Interviews Podcast and H/T to 411Mania for the transcription of the interview.