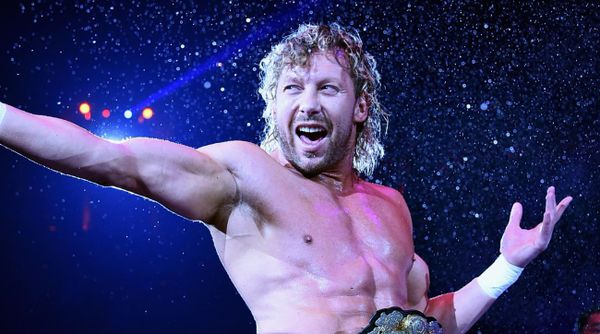 All Elite Wrestling are a full year in now, and a consistent talking point through that time has been the booking of The Elite. Cody, Kenny Omega and The Young Bucks – the guys that Tony Khan invested heavily in and trusted enough to help get TNT back into the wrestling game. Chris Jericho coming on board helped to get them over the line through his mainstream appeal, but the majority were still wondering if AEW would turn out to be nothing more than a vanity project for The Elite.

There’s no reason why they shouldn’t have. The Elite could have quite easily given themselves all of the titles from day one, and all the power, because they simply could. They’re stars, household names and some of the best pro wrestlers in the world. They would have surely brought eyes to the product. Cody was the most over babyface in the industry from the second AEW Dynamite first aired. When he declared that he would never receive another AEW World title shot if he lost to Chris Jericho at Full Gear, we assumed he was winning. He was talking people into the building just like his daddy used to do better than anyone. If he had won, nobody would have complained. It would have been just fine… but then he didn’t.

The Young Bucks are yet to win the AEW Tag Team Championships. They were a part of the AEW tag team tournament but surprisingly lost to Private Party before the losing a title match at AEW Revolution. The Bucks are one of those teams that don’t seem to suffer by way of losses, akin to a Randy Orton or John Cena. If you don’t believe me, their recent match with The Butcher & The Blade pulled in over 1 million viewers. It might infuriate “certain” wrestling purists and former managers crazy, but people still love The Bucks.

Now then. Kenny Omega. The guy who single handedly broke Dave Meltzer’s star system. Once his title IWGP title reign in NJPW was up, there were plenty of promotions looking to bring him in. On one side he had his close friends and trusted colleagues. On the other side was WWE. The top dogs. The big leagues. However, Omega would have been more than aware of WWE’s treatment of talent that they didn’t create. AJ Styles being a rare exception to the rule, and it has worked out just fine for him.

The intersting thing about the Omega situation is that people didn’t want him to join WWE because he would “waste away” being booked as mothing more than a mid-carder. They worried he wouldn’t be used to his full potential. No seven star matches. No best bout machine. AEW knew Kenny well and would surely use him better… right?

So Omega signed with his pals in AEW. He spoke to WWE, but he went with the safer option. Since then he hasn’t had any seven star matches. No best bouts. His full potential has not been reached at all. Nobody would have been surprised, or complained, if Kenny was the first AEW World Champion. He is simply put one of the best professional wrestlers to ever grace the business. Kenny could easily be in Jon Moxley’s spot right now, taking on monsters in brand new, never been seen matches.

Kenny wants to help shape the future of AEW. He and his friends are trying to build a viable alternative promotion to rival WWE for years to come and long after Jericho & The Elite hang up their boots. They need to build future stars and that’s exactly why Jericho came on board, because at this stage of his career he can build up young stars and it doesn’t matter if he loses while doing it.

This is why Kenny is currently in a tag team with “Hangman” Adam Page. That’s why they are the reigning AEW tag team champions, and that’s why Hangman picks up all the wins. Page is somebody that the Elite saw something in very early on, and he’s the guy they want to build AEW around. They want him to be the guy main eventing in 5-10 years time. We knew this when Page was a part of the very first AEW Championship match, and though It felt a little too soon, enough people said so & the AEW bosses listened. That’s why the Hangman was then eased into the tag scene with Omega, and it ended up being the perfect fit for him.

Now we finally have FTR here to take the tag straps off them as has been planned for many years by Cody & the Bucks saying F The Revival at every given opportunity. It makes perfect sense. Everyone knew that the end game was always Dax & Cash holding the tag titles for a long time while teams like The Bucks challenge them in a series of classics. Whenever Dax & Cash predictably step up to Hangman & Kenny, it might be the perfect time for the belts to change hands.

It seems as though the majority will stick to the opinion that this is a missed opportunity with Omega. It might well be and only time will tell. I will never claim to be 100% right about everything. I truly believe that Omega agreeing to team with Page was the best move for both men. People will disagree with me but they are wrong. Sorry but it’s true. We all know, or at least we should know, that the booking behind the Omega & Page team is to get the Hangman over.

Kenny Omega has been booked to perfection so far in AEW. One day i’m sure he will step up and challenge whoever may be champion at the time. Hell, wouldn’t it just be perfect if he was to put Page over, seeing him all the way to becoming AEW Champion, before then challenging him for the same top spot that he helped him to reach?

The post How Have AEW Booked Kenny Omega? To Perfection appeared first on BodySlam.net.