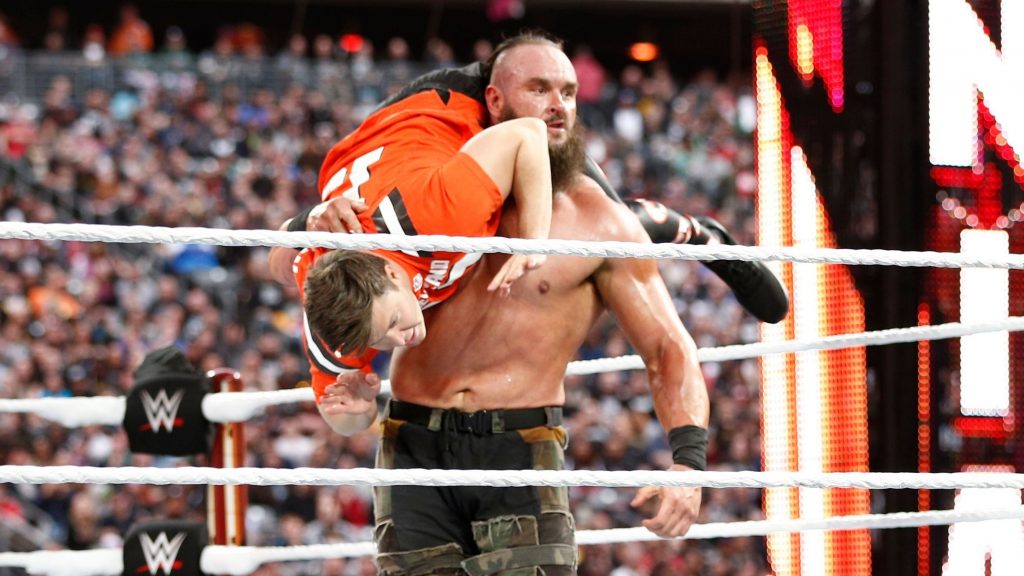 Braun Strowman caused heat on himself following botches he made at Wrestlemania this year and now he seems to be floundering in the company.

Vince McMahon was upset about a botched spot from The Monster Among Men during the Andre The Giant Memorial Battle Royal on the WrestleMania kickoff show. It would have been worse if Harper was not there.

Fightful reports that the botched spot in the battle royal involved Harper who was very displeased at this mistake. Braun Strowman reportedly “forgot his spot and Ali ended up hurt in the match.”

Ali later confirmed that he was fine following the bump, but he was not supposed to take that bump in the first place.

On top of that, Strowman also hit Harper with a stiff kick. While trying to catch Ali during the dangerous spot, Harper hurt his “back and/or shoulder trying to keep [Ali] from flying out of control.”

According to the report, Braun Strowman, later on, thought that he did not do anything wrong and this caused further tension backstage.