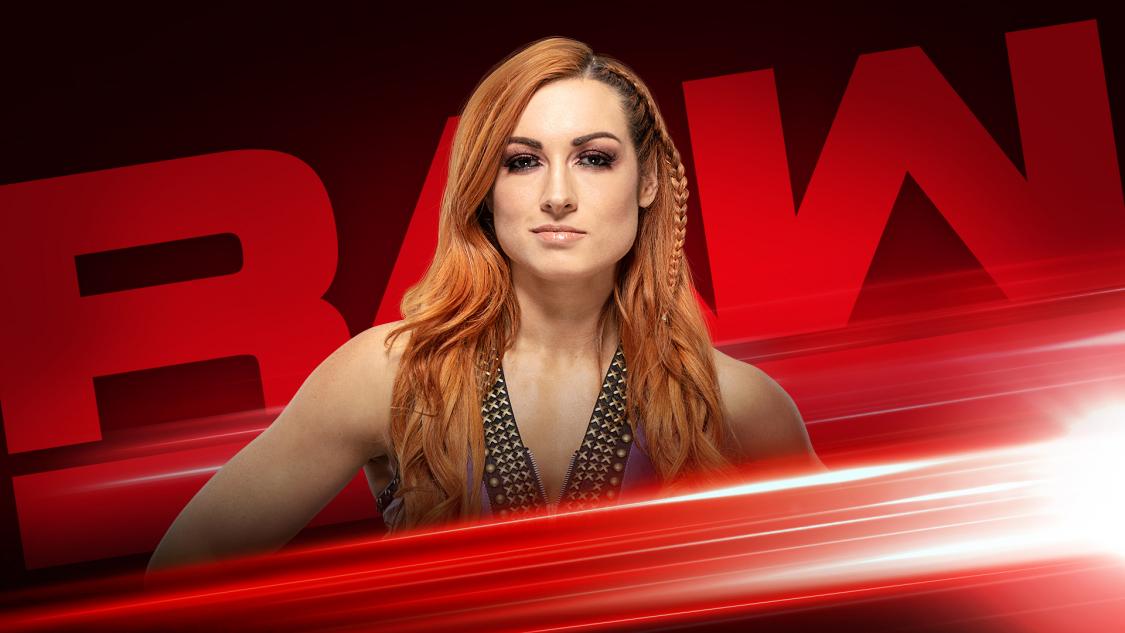 Tonight’s episode of WWE Monday Night RAW comes to us LIVE from the Van Andel Arena in Grand Rapids, Michigan.

We are just one week away from WWE’s Elimination Chamber PPV, how will the the rest of the card shape up on tonight’s go-home episode? Plus what will happen when Becky Lynch accepts The McMahon’s invitation to tonight’s RAW?

Here is what you can expect to see on tonight’s episode of RAW as highlighted by the following focal points featured by WWE.com.

Despite Stephanie McMahon’s urging last week, Becky Lynch refused to allow WWE medical personnel to examine her injured knee and then struck both Stephanie and Triple H in consecutive nights. The Man has now been invited back to Raw by the McMahon Family in the wake of these controversial actions.

Becky Lynch sent both the McMahon Family and the WWE Universe into a tailspin last week when she punched Stephanie McMahon on Raw and then slapped Triple H on SmackDown LIVE. The Man’s hostility stemmed from being suspended by Stephanie, a verdict that will stand until she gets her left knee examined.

However, now, after being on the receiving end of The Irish Lass Kicker’s attacks, Lynch has been invited to Raw by the McMahon Family for the second straight week. Will Becky’s rash actions of a week ago have an impact on either her suspension or her anticipated WrestleMania clash against Ronda Rousey for the Raw Women’s Championship?

How will Seth Rollins respond to Brock Lesnar?

Seth Rollins is resilient, but few Superstars can withstand the fury of Brock Lesnar’s F-5, let alone six of them.

One night after winning the 30-Man Royal Rumble Match, The Architect made it clear he wants to challenge The Beast Incarnate for the Universal Championship at WrestleMania, getting a half-dozen of Lesnar’s formidable finishing moves in the process. The Kingslayer did not appear on Raw this past Monday night, no doubt still feeling the effects of that mauling.

Rollins will be on Raw this week, though what will he have to say as he prepares for the fight of his life against The Beast at The Showcase of Immortals?

Intercontinental Champion Bobby Lashley told Finn Bálor this past Monday night that if he adequately entertained “The All Mighty” in his match against his hype man, Lio Rush, he would earn a chance to challenge for the red brand’s workhorse title.

We’re not sure if “entertained” is the right word for how Lashley was feeling when he saw Bálor pin The Man of the Hour, but it seems like The Extraordinary Man has adequately earned his opportunity. Will Lashley acquiesce?

Ruby Riott sets her sights on the Raw Women’s Championship

Ruby Riott might have avoided an in-ring confrontation with Ronda Rousey after The Baddest Woman on the Planet dispatched Liv Morgan and Sarah Logan in back-to-back singles matches, but at WWE Elimination Chamber, the leader of The Riott Squad takes on The Rowdy One for the Raw Women’s Championship.

Will Riott suffer the same fate as her cohorts, or will she throw the Raw Women’s Title Match at WrestleMania into even further disarray by winning the championship?

After costing them their WWE Women’s Tag Team Championship Elimination Chamber Qualifying Match against The Riott Squad, Dana Brooke attempted to apologize to Natalya – but wound up getting the silent treatment from The Queen of Harts. (In her defense, Natalya was wearing AirPods and didn’t hear anything Dana had to say.)

When Natalya “ignored” her, Dana said she would ask the McMahon family for a chance to prove she’s a better competitor than the former SmackDown Women’s Champion and will face The Queen of Harts on Raw.

Should this match take place, will Dana prove herself, or will she wind up regretting going one-on-one with a Hart Dungeon graduate?

What’s next for Kurt Angle?

This past Monday night, it seemed as though WWE Hall of Famer Kurt Angle was ending his in-ring career – but when Baron Corbin and Drew McIntyre disrespected The Olympic Hero, he found himself battling the bitter Superstars alongside Braun Strowman in Raw’s main event.

Although Angle and The Monster Among Men were defeated via disqualification, they stood tall at the end of the night after Strowman chokeslammed both Superstars onto the steel steps.

Did this chaotic turn of events change Angle’s mind about his future in WWE?