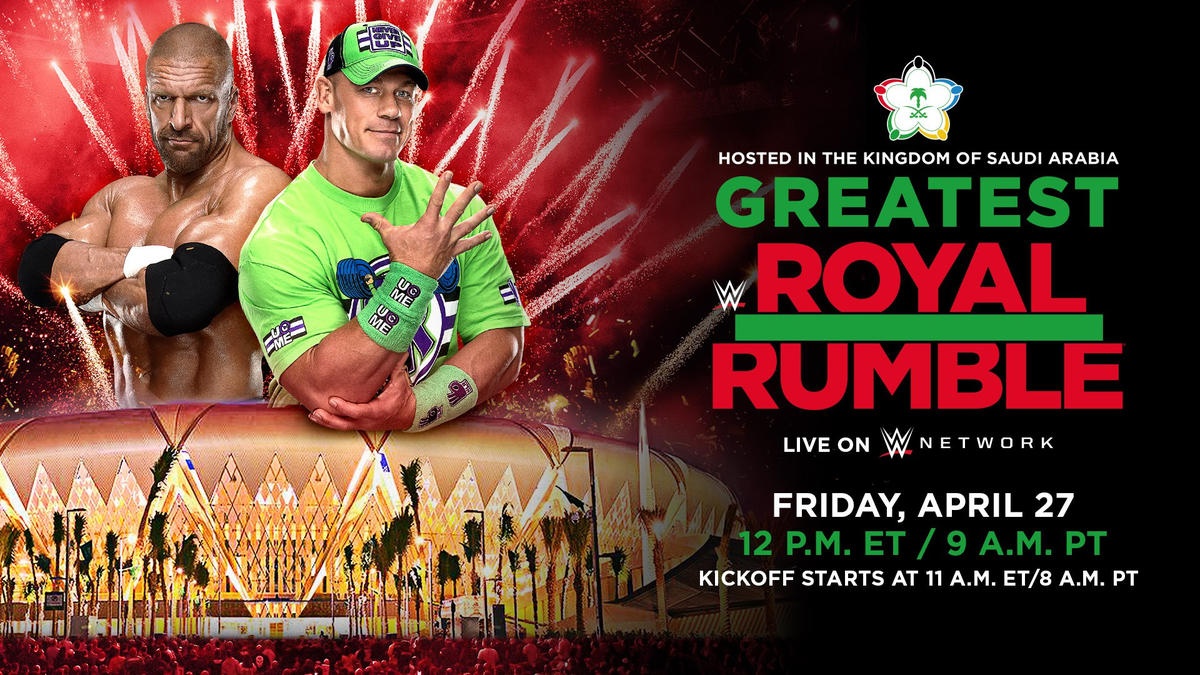 Incredibly, the Greatest Royal Rumble keeps getting bigger. The signature event, being hosted in Jeddah, Saudi Arabia, on Friday, April 27, can be seen on the award-winning WWE Network at 12 p.m. ET/9 a.m. PT. Furthermore, it will be preceded by a special, one-hour Greatest Royal Rumble Kickoff, starting at 11 a.m. ET/8 a.m. PT.

The Greatest Royal Rumble Kickoff will stream live from Jeddah’s King Abdullah Sports City Stadium on WWE Network at a special start time of 11 a.m. ET/8 a.m. PT, and can be seen on a free stream on WWE.com, the WWE App, YouTube, Twitter, Facebook, Google+ and Pinterest.