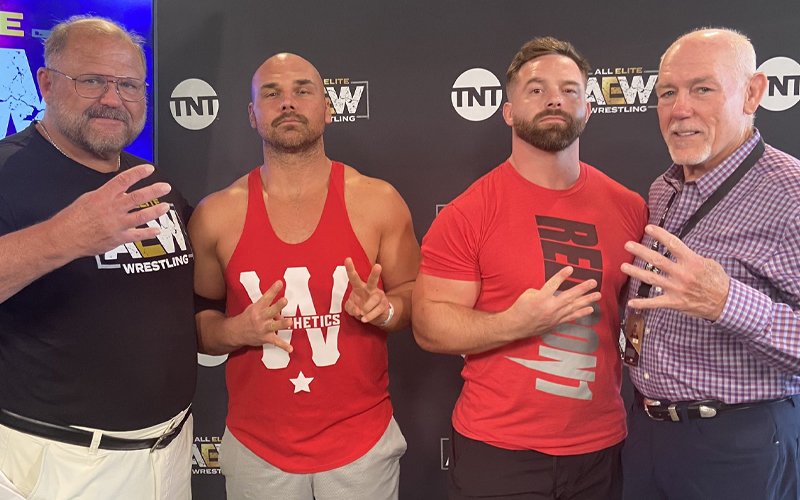 Dax Harwood and Cash Wheeler of FTR recently sat down for interview with Inside The Ropes covering a wide range of topics. During the interview, they discussed the main difference between WWE CEO Vince McMahon and his AEW counterpart Tony Khan.

“We get texts from guys in charge there or Tony [Khan] himself saying ‘What are you guys thinking for this week?’ cause they want the input cause they know the talent knows better than anybody else.”

“I think Vince loves pro wrestling too, but I think he wants it to be bigger and grander than his perception of pro wrestling. With Tony and AEW, they’re not afraid of that. It’s very busy on the television days, but it’s easier to get in contact with Tony than it is with Vince. With Vince, they have 30 writers that don’t belong [in WWE], they get paid a ton of money and get first class seats while we’re sitting coach. They’re afraid to talk to Vince, they’re afraid to see him face to face. They don’t even want to be known that they work there so they can keep collecting a paycheck. It’s such a broken system there.”

The post FTR On The Main Difference Between Tony Khan And Vince McMahon appeared first on BodySlam.net.