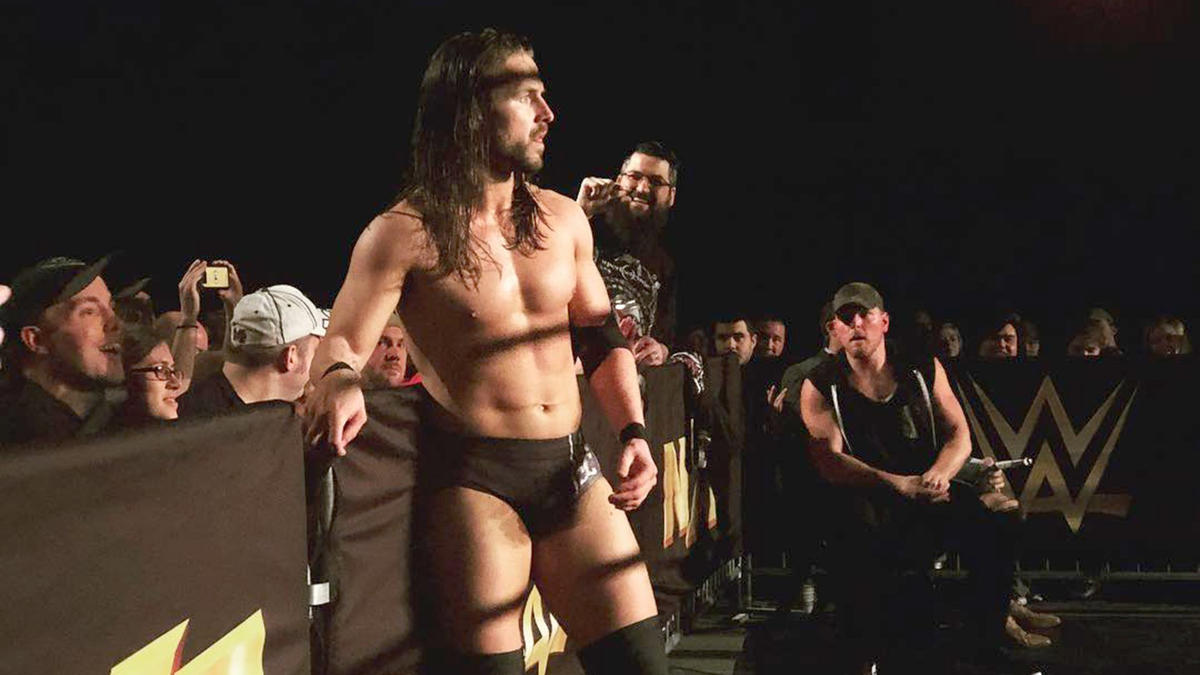 Adam Cole may think twice before he picks a fight with former Indianapolis Colts punter Pat McAfee. The  Undisputed ERA leader’s war of words with the outspoken McAfee backfired for the NXT Superstar Sunday night when McAfee got involved in Cole’s match against Aleister Black at NXT Live in Indianapolis.

The Panama City Playboy was on the verge of striking Black with a chair when McAfee leaped up onto the apron from his guest ring announcer’s spot at ringside to grab the chair from a stunned Cole.

The former NFL star then gave Cole a D-Generation X-inspired salute before Cole turned around into a devasting Black Mass kick that kept him down for the pinfall.

McAfee, who has long aspired to step inside the squared circle, shared his thanks for having the opportunity to make his dreams come true following the NXT Live Event. While the Indy favorite is currently busy hosting his own podcast and radio show, a future in NXT may not be that far off for the man known as “Boomstick.” One thing’s for sure for the legendary punter: He knows how to handle himself around an NXT ring.