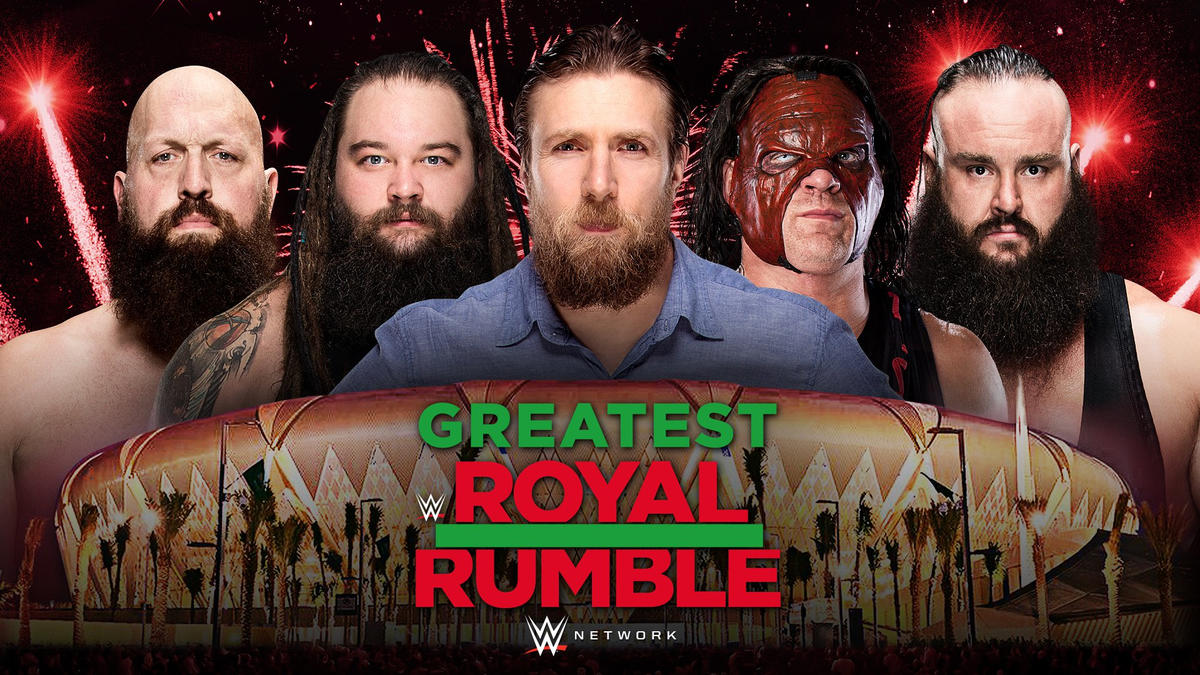 RIYADH, SAUDI ARABIA and STAMFORD, Conn. — WWE Superstars Daniel Bryan, Kane, Big Show, Braun Strowman and Bray Wyatt are the first of 50 Superstars to officially enter the Greatest Royal Rumble Match, which will take place at the King Abdullah Sports City Stadium in Jeddah, Saudi Arabia, on Friday, April 27, at 7 p.m. AST. Tickets for this historic event will be available on Friday, April 13. The Greatest Royal Rumble will stream live on WWE Network and be available on pay-per-view outside of the Middle East with regional broadcast information forthcoming.

In addition to the first-ever, 50-Man Greatest Royal Rumble Match, the event will feature John Cena vs. Triple H as well as seven championship matches, including a Raw Tag Team Championship Match: The Hardy Boyz vs. Sheamus & Cesaro, and an Intercontinental Championship Ladder Match: Seth Rollins vs. Finn Bálor vs. The Miz vs. Samoa Joe. A Ladder Match is when a championship title is suspended above the ring, and the first Superstar to climb to the top of a ladder and retrieve the title is the winner and champion.