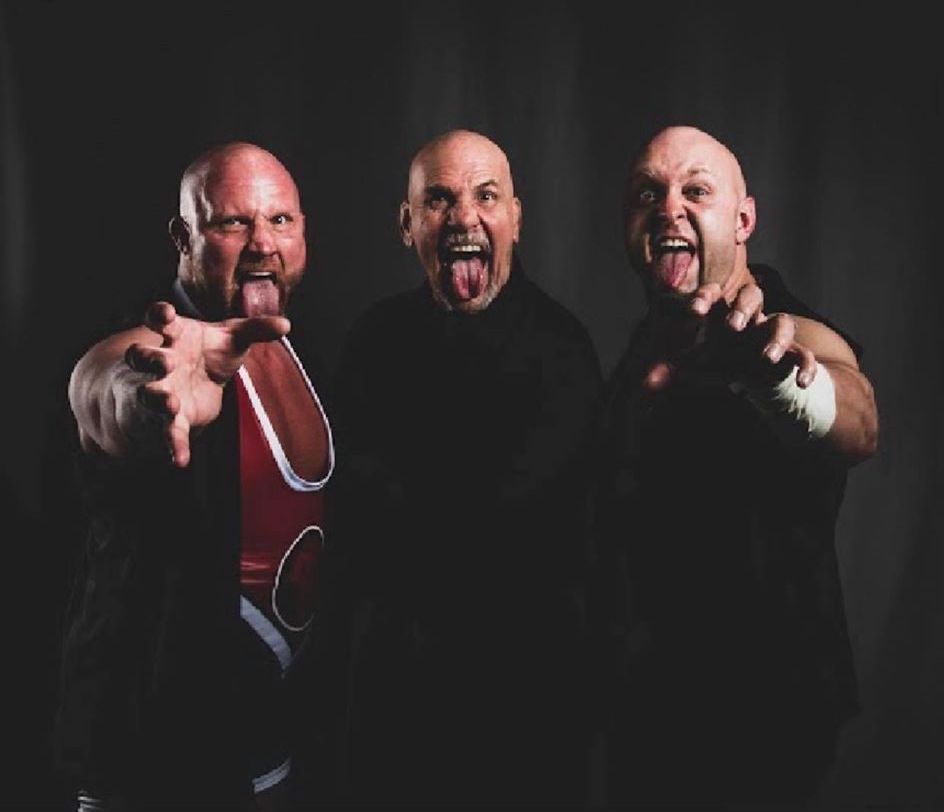 Wrestling fans know Nikita for his feud with The Four Horseman and his quest to capture the NWA World Heavyweight Championship from “The Nature Boy” Ric Flair, which was one of the only NWA Championships to elude The Russian Nightmare in his career.

Nikita Koloff retired from professional wrestling in 1992 after suffering an injury in a match with Big Van Vader in WCW. After his wrestling career came to and end, Nikita began running a ministry, after becoming a born-again christian in 1993.

Nikita has made a few random appearances since retiring including a brief stint in TNA back in 2003. But recently Nikita has taken on a new role in wrestling, as he has taken two independent professional wrestlers under his wing and is now managing the two. He has even given them the Koloff name.

I recently spoke to Dean and Aleksandr about becoming part of the Koloff family.

How long have you two been working with Nikita?:

Dean Koloff: we have been working with Nikita for over a year now and the knowledge that we have picked up from him, not just from a training perspective but a psychological perspective on the business and life itself has been really amazing. There’s only one place for us to go, and that’s to the top. We feel that with everything that Nikita has given us and taught us, we know that it’s also from Ivan. All we want to do is make the both of them proud and we know we will never let them down

Where are the two of you going from here?:

Dean Koloff: We’re here to show and prove that we are one of if not the best tag team in the world. We’re ready for any and all challenges

The trio were also recently guests on Bodyslam’s False Finish Podcast, where they discussed various topics.

“Sitting down and talking with Nikita  on a personal level, business level, and then Nikita was there for me during a lot of personal things in my life just being a mentor for me and helping me along the way. I really, truly cherish that and love the man just as a person and as a true friend.” – Jeff

Tyson won a silver medal in boxing at 165 lb division at Atlanta Games. He only lost out on the gold because the ref stopped the bout due to Tyson getting cut.

What Tyson and I noticed when we first teamed up was the chemistry where everything seemed fluid and… felt like we’ve been doing it for 20 years….You don’t find that a lot.” – Jeff

“It’s one of the things that attracted me to these guys…watching first hand [their] work in the ring…Jeff mentioned chemistry and one of the things that worked well with Ivan and I or what made the Road Warriors so great was their chemistry. And even though these two guys haven’t been together that long, these two guys have experience and they take a little bit from me and there’s always room for improvement. But that said, coming out of the gate as a tag team, they’re already light years ahead so that’s what drew me to them.” – Nikita

“If you can find someone like Tyson who knows that ring just like you do inside and out, that makes for a great tag team” – Jeff

Discussing transitions towards training/keeping in shape during covid…both mention how they utilize home gyms:

“nutrition is another thing that I had to learn over time. – Jeff

On having Nikita as a life mentor and wrestling coach:

“It’s not just to help these guys excel and become a world champion in wrestling. It’s certainly that as well, but outside the ring I want to see both of these guys excel in their own personal lives. Whether it be as a husband, as a father, as a godly man, a man of integrity and character in and outside of the ring. These guys have been open to that and that’s another reason why I [chose] to embrace this idea” – Nikita

It’s not unusual for guys to have a name change. [Jeff and Tyson] had great careers as themselves and reached a level of success that they were happy with but not content with…but me coming on as Coach K and helping  them reach that next level and now making that transition from coach to Uncle as part of this story” – Nikita

“These guys aren’t pretending to be Russian. They’re just telling a story here because that’s what wrestling is about. We’re just telling the story of two guys who had success as themselves but saw an opportunity to take their game to the next level….I didn’t grow up in Russia. I grew up in Minnesota and BECAME Nikita Koloff” – Nikita

“…I feel these two guys are worthy enough to have the Koloff name and carry on, NOT the legacy, but ultimately build a DYNASTY for the Koloff name.” – Nikita

The Dynasty will be involved in Talking Shop A Mania on ppv this Saturday:

“I’m pretty critical of things I watch. And whenever I’M entertained and look at it like…this is just great.” –Tyson (taking about Talking Shop A Mania)

You can listen to the entire episode of Bodyslam’s False Finish Podcast below.